The release date is now available for God of War: Lunging Kratos Statue, thanks to a listing from Amazon. The figurine is expected to be made available on the 18th of March. Preorder latest creation from Gaming Heads with this link from the retailer’s website. You can take a look at the statue with the photo below this paragraph. 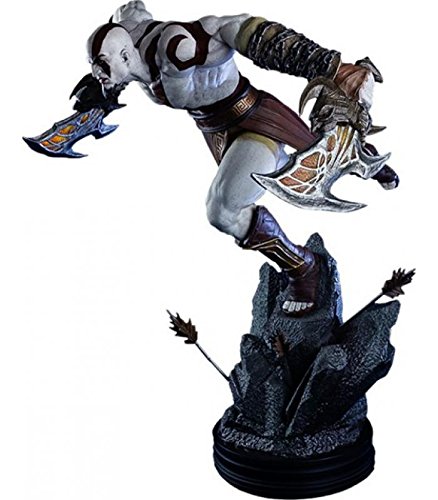 The figure for Kratos is done in 1/4 scale. He can be seen using his trademarked swords of exile weapons while lunging forward getting ready for an attack. It stand at an impressive 19 inches tall. You will also receive a card for authenticity, full-colored packaging and hand-numbered base with the purchase.

For the uninformed, Kratos is the main character from the God of War series. These games are mainly developed by SCE Santa Monica Studio.

It is rumored that a new God of War game is in development for the PlayStation 4. Cory Barlog, the director behind God of War 2 (which some considered to be the best in the series), apparently confirmed that a new game is coming at PlayStation Experience, However, he later retracted his statement. Hopefully, we will be able to hear more about the project soon, maybe even at E3 2015.