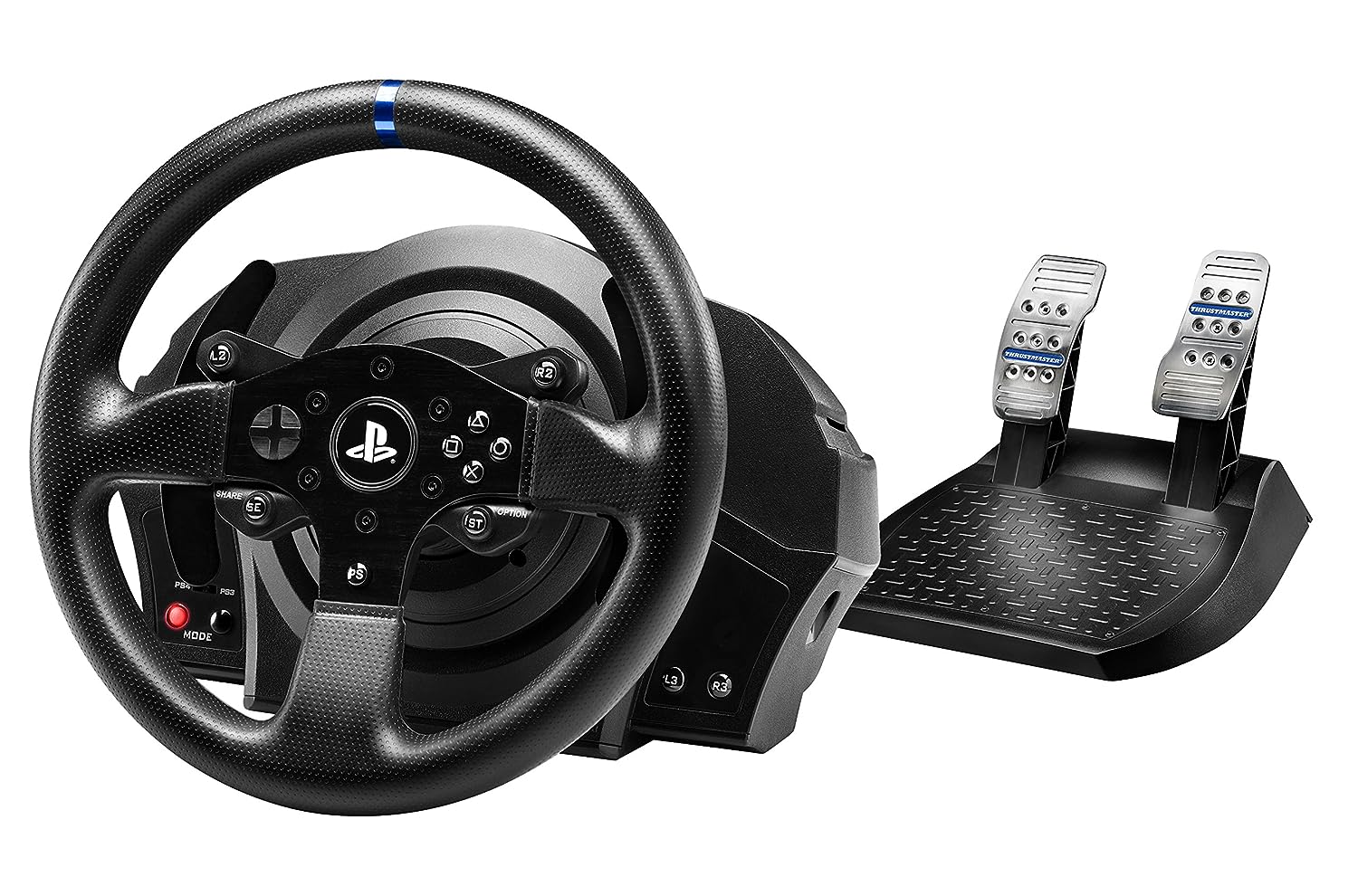 Thrustmaster VG T300RS is now available at major U.S. retailers. For those who haven’t been keeping up, the PS4 racing wheel is one of the two that have been confirmed by Sony to be compatible with DriveClub (the other is the Thrustmaster T80). Take a look at its current price tag on Amazon with this link.

The VG T300RS has an 11-inch diameter wheel that can be adjusted between 270 to 1080 rotation angles. The deals also have six possible positions. While designed mainly for the PlayStation 4, it is also compatible with the PlayStation 3. Last but not least, its firmware can be updated; so you should not have to worry about losing compatibility.

The full version of DriveClub was made available on the 7th of October. The PS Plus Edition, a smaller version of the racing game that is free to PlayStation Plus members, was initially supposed to come out on the same day but got delayed indefinitely due to ongoing server issues.