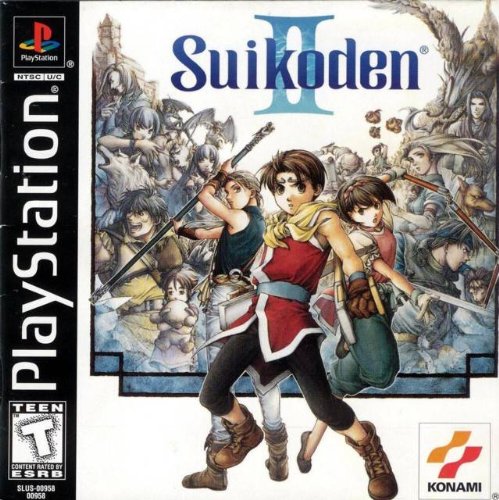 Yuichi Haga, Online Content Producer for Konami Digital Entertainment, has divulged his latest efforts in trying to get the Japanese side of the company to consider re-releasing Suikoden II on the U.S. PSN. On a Twitch TV stream, he said that he understood fans are frustrated but he is currently working on in.

Ultimately, it is up to the Japan to decide as the U.S. office wants the PSN re-release just as much as fans. So what can the fans do? Yuichi Haga proposes that they should try to get the attention from Konami Japan by hitting up the company’s Facebook. The fans should mention that they have been following Twitch TV stream and then ask for U.S. PSN re-release for Suikoden II.

Yuichi Haga had some success getting through to Japan when he streamed the first Suikoden. His previous effort lead to meetings about the series with the higher-ups. He plans to stream the entirety of Suikoden II and the rest of the series.

If you aren’t familiar with the video game, it is considered to be one of the best RPGs ever created. Unfortunately, the localized version is also incredibly hard to find and you have to pay an absurd amount of money (check out its current price right now on Amazon). A re-release on PSN should solve both those problems.