The release date is now available for the Metal Gear Solid: Solid Snake Nendoroid Action Figure from Good Smile. Amazon updated its product page, indicating that the figurine will be made available starting on the 18th of February. You can preorder the Nendoroid with this link from the e-commerce website. A picture of the action figure is also placed below this paragraph. 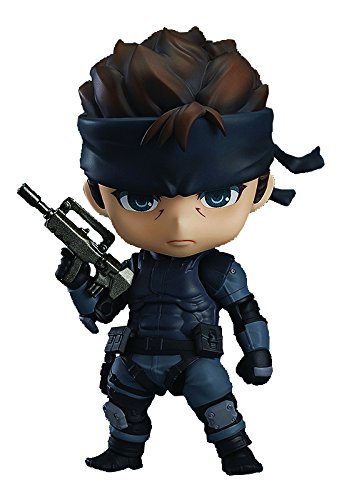 For the Solid Snake Nendoroid, Good Smile decide to retain the “rough look” of the character while implementing the company’s trademarked super deformed cuteness style. The protagonist of the Metal Gear Solid Series is the first figure from the brand to be “designed to be posed in a prone position.” It also comes with the following optional parts: assault rifle, handgun, cardboard box and even a low-polygon face to pay homage to the original game.

Solid Snake last appeared in Metal Gear Solid 4: Guns of the Patriots. Many fans are speculating that he may be a part of Metal Gear Solid V: The Phantom Pain, which is coming out sometime next year, as well. You can preorder the upcoming PlayStation 4, Xbox One, Xbox 360, PlayStation 3 and PC game from Kojima Productions with this link on Amazon.