The Playstation All Stars: Ratchet and Clank Statue from Gaming Heads has gotten a new release date. The figurine is now expected to be made available on the 21st of January. Preorder the highly-detailed product right now with this link on Amazon. A photo of the statue is also placed below this paragraph for your viewing pleasure. 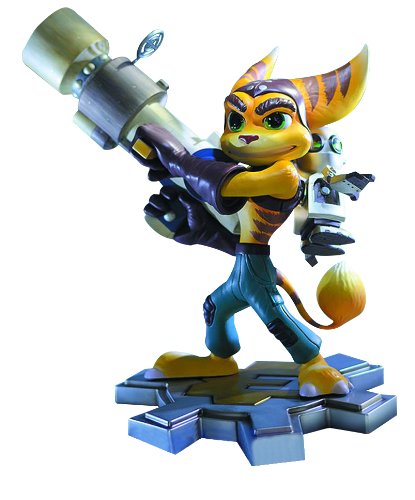 The Ratchet and Clank is the second release from the Playstation All Stars line, with the first being thet tandem of Jak and Daxter. The design for the upcoming release is based on the duo’s appearance in the box art of the very first Ratchet and Clank videogame. The 1:6 scale product measured at 15 inches tall when you take into account the Devastator weapon.

Aside from the figurine, 2015 is going to be a big year for Ratchet and Clank. A computer-generated movie is going to come out next year along with a re-imagination of the series from Insomniac. Unfortunately, Sony has kept quiet on the new Ratchet game although it is supposedly due to be released in the first half of the year.

Insomniac Games just got done releasing Sunset Overdrive for the Xbox One. So, we may be hearing about their new game sooner rather than later.