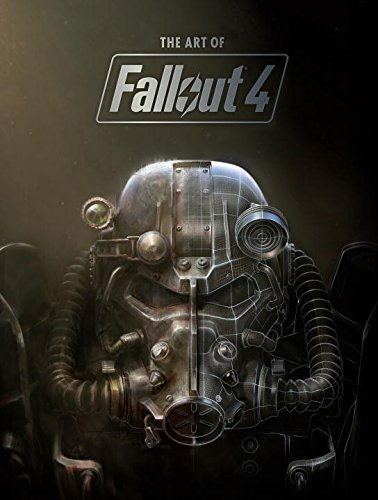 The Art of Fallout 4 has been officially released in the North American region. If you are interested and haven’t done so already, you can purchase the official art book for the open-world role-playing game with this link from Amazon.

The hardcover features 360 pages of artwork, including never-before-seen designs as well as concept art for the characters, environments and weapons. Also included are commentary from the development team at Bethesda Game Studios. So, if you are a big fan of the recently-released sequel, or the series in general, you might want to check out the newly-available art book.

Fallout 4 has been rumored to be in development at the aforementioned Bethesda Game Studios for years. The same company previously worked on Fallout 3 before moving on to The Elder Scrolls V: Skyrim. The game was finally announced officially at this year’s Electronic Entertainment Expo. To a surprise to some, it was released several months later on the 10th of November in the North American region.

Bethesda teamed up with Microsoft for the release of Fallout 4, resulting in an exclusive Xbox One system bundle that comes with a copy of the game as well as the Xbox 360 version of Fallout 3. The sequel also came out for the PC and PlayStation 4 platforms.