The release date has been listed by Amazon for the upcoming One Piece: Pirate Warriors 3, which was previously reported to come out sometime during the month of August in the North American region. The online retailer expects the game to ship on the 25th of August. If you are interested, you can preorder the third main installment from the One Piece: Pirate Warriors with this link.

August 25 is on a Tuesday, the day of the week when a lot of publishers launch their videogames. So it looks like the listing has some legitimacy.

In related news, Amazon also provided a look at the two preorder bonus costumes from the sequel: the Giant Fish Luffy in addition to the Lucy outfit for Sabo. The same pack comes with two exclusive missions as well. Check out the costumes below: 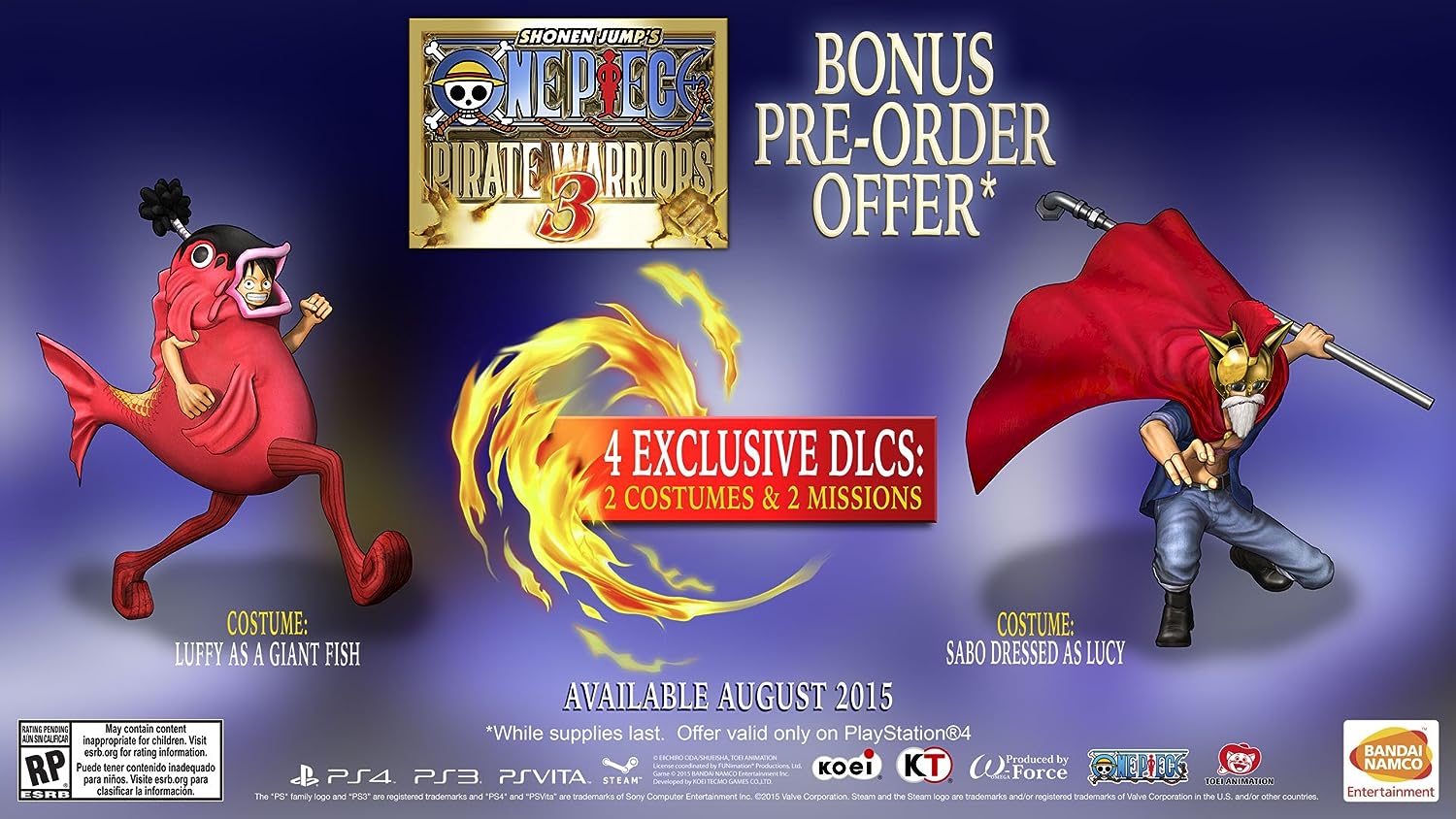 One Piece: Pirate Warriors 3 was first released in Japan on the 26th of March. The third installment of the series is the first to appear on the PlayStation 4 as the development team took advantage of the more powerful hardware in order to improve the graphics and add more characters on screen. The game will also be available for the PlayStation 3, PlayStation Vita and PC platforms.