The box art is now available for Tokyo Twilight Ghost Hunters, thanks to a listing update from Amazon.co.uk. The cover shows some of the important characters that will be a part of the story in the PlayStation 3 and PlayStation Vita JRPG. As you can see, the videogame is being published by NIS America in Europe whereas the U.S. release will be handled by Aksys Games. The box art for the unique game, which can be preorder with this link on Amazon.com, is located below this paragraph. 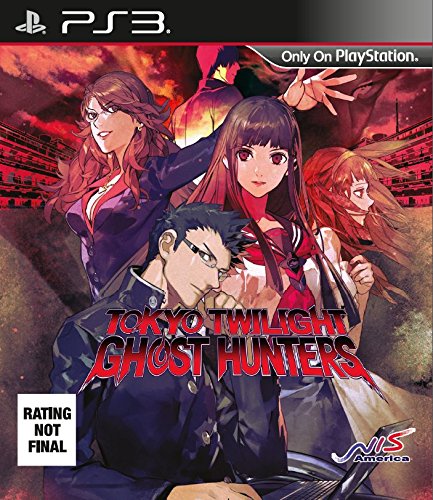 Tokyo Twilight Ghost Hunters contains 13 episodes in total. In each chapter, there will be a story mode (which borrows a lot of elements from visual novels) in addition battle mode that plays more similar to your typical strategy role-playing game.

Aksys Games will be releasing Tokyo Twilight Ghost Hunters on the 10th of March for the above-mentioned PlayStation 3 and PlayStation Vita systems.