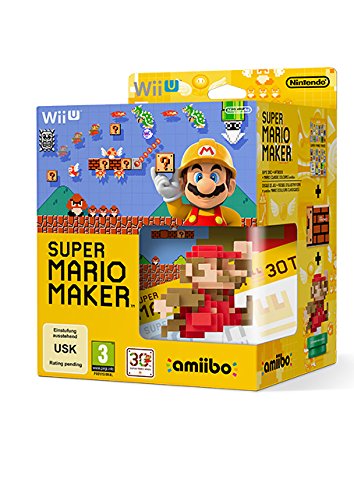 As you can see above, the bundle comes with an art book and the 30th Anniversary Edition of the Mario Amiibo along with a copy of the game. The figure is created to mimic the 8-bit design of the character in the very first Super Mario Bros. game, which was released for the Nintendo Entertainment System in 1985.

For the uninformed, Mario Maker was re-named to Super Mario Maker at E3 2015. The videogame will let gamers create, share and play custom 2D Mario levels. Multiple visual styles, based on the previous 2D Mario games, can be used as well. You can preorder the latest Mario game from Amazon.com with this link.

Super Mario Maker is coming out in the North American region on the 11th of September. It is one of several games being planned by Nintendo for the Wii U for the latter half of 2015 with the other releases being Fatal Frame: Maiden of Black Water, Star Fox Zero, Xenoblade Chronicles X and Yoshi’s Woolly World.