Amazon France has listed a new system bundle for the PlayStation 4. The latest Ultimate Player set comes with a 1 TB HDD in addition to Grand Theft Auto V and Uncharted: The Nathan Drake Collection. You can find a pack shot of the new bundle below this paragraph. 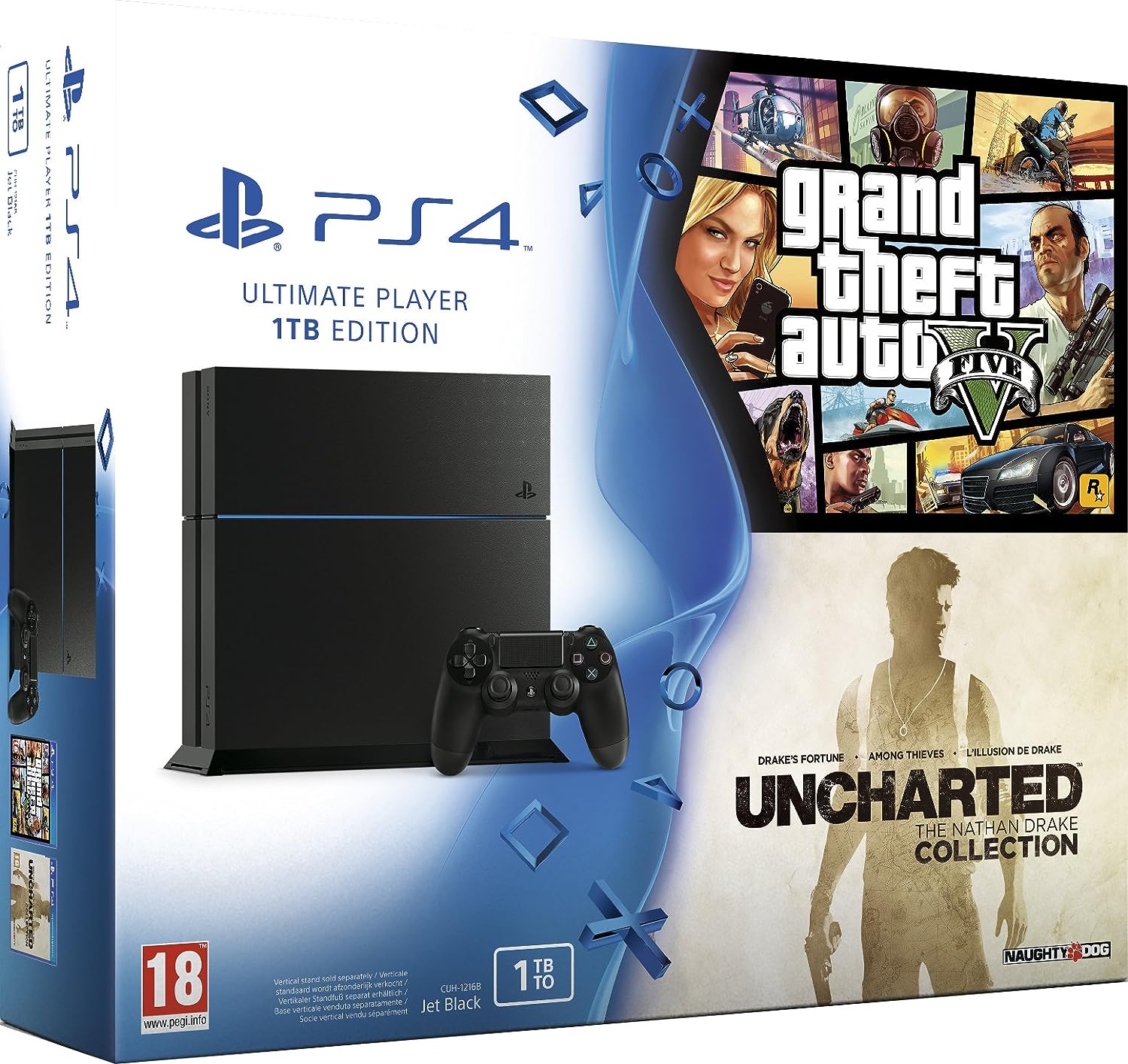 According to the listing, the new PS4 Ultimate Player 1 TB Edition Bundle is out right now in France. It is unknown if Sony will be bringing the same product to North America. So far, the only 1 TB option for the PlayStation 4 in the U.S. is the Call of Duty: Black Ops 3 Limited Edition one.

Grand Theft Auto V, Uncharted: Drake’s Fortune, Uncharted 2: Among Thieves and Uncharted 3: Drake’s Deception are considered to be some of the better games from last-generation. If you missed out on these titles previously and/or looking for a reason to get a PS4, you may want to take at look at the new bundle.