2016 is expected to be a big year for fighting games with the return of many popular franchises. So which of these upcoming titles should fans of the genre be looking forward to playing? Below, you can check out a list of our most anticipated fighting games that have been announced for 2016.

Coming out in early 2016 is Nitroplus Blasterz: Heroines Infinite Duel, a crossover fighting game featuring an all female cast. The playable characters include Aino Heart from Arcana Heart, Homura from Senran Kagura and Saber from Fate/Stay Night. The gameplay is highlighted with flashy cinematic attacks while cross play will allow PS4 and PS3 gamers to play together online. If you are a fan of the genre, you should give Nitroplus Blasterz a shot.

This fighting game is coming out on January 26th for PlayStation 4 and PlayStation 3. You can preorder the cross-platform fighter from Amazon with this link.

One of the biggest surprise announcements made during PlayStation Experience is the PlayStation 4 and PlayStation Vita ports of The Last Blade 2. The classic weapon-based fighting game will be even better as the development team is adding online multiplayer. So, even if you already played the original game to death, the new addition should be a good enough incentive to jump back in.

The Last Blade 2 is expected to come out next year for the PS4 and Vita.

Burning Blood brings the cast of one of the most popular anime series, One Piece, together in a fighting game. If playing as your favorite characters wasn’t enough, the game also promises to incorporate the diverse set of Devil Fruit abilities and Haki moves into the flashy fights. Needless to say, fans of the anime should definitely keep an eye on One Piece Burning Blood when it launches in 2016.

You can preorder the anime fighting title, which is expected to arrive later in the summer for the PS4, Xbox One, Vita and PC, with this page.

Guilty Gear Xrd Sign is considered to be one of the best fighting games that was released over the past several years. The updated version, Revelator, adds four new characters. The roster also includes all the fighters from Sign (including those that came out as post launch DLC). New feature such as blitz shield charge attack and other gameplay tweaks add more depth as well, making Revelator the definitive version of Guilty Gear Xrd.

You can preorder Guilty Gear Xrd Revelator, which is coming out later this year for the PS4 and PS3, here. 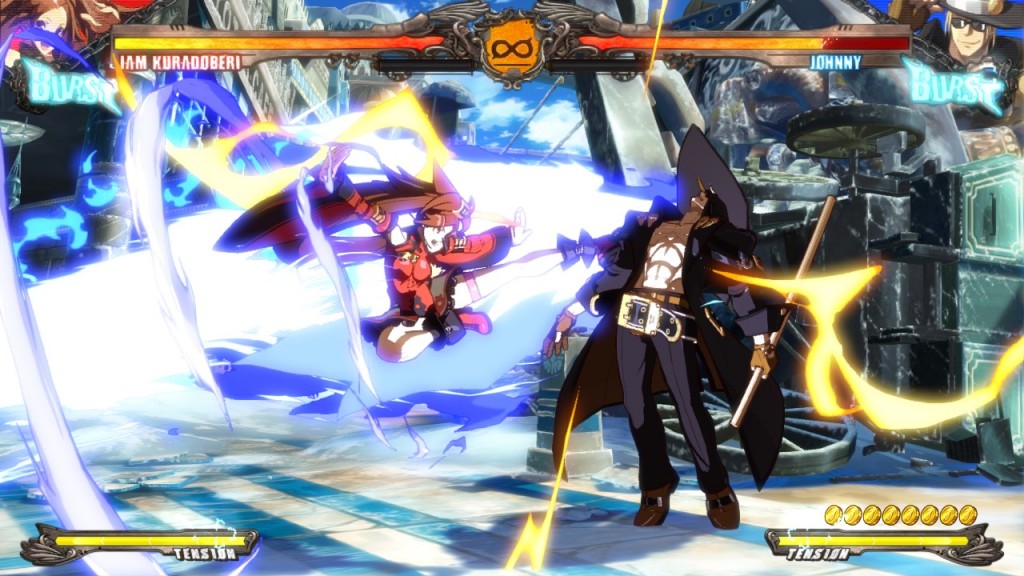 The fourth mainline installment of the series, Centralfiction adds some new gameplay elements such as the offensively-focused Active Flow and Exceed Accel. Along with returning characters, there will also be some newcomers such as Hibiki Kohaku, Naoto Kurogane and Nine the Phantom. So, if you are a fan of the franchise, you should take a look at the upcoming release as well.

BlazBlue: Centralfiction is expected to come out for the PlayStation 4, Xbox One and PlayStation 3 sometime in 2016.

Pokken Tournament combines Pokemon with Tekken as gamers get to play as select pocket monsters in this fighting game. You will be able to pull off special moves, including mega evolution transformations found in the role-playing franchise. If you have been waiting for a Pokemon fighting game, then you should definitely play Pokken Tournament when it launches later this spring exclusively for the Nintendo Wii U.

You can preorder the game, which comes with a Mewtwo Amiibo card, with this link.

Naruto Shippuden: Ultimate Ninja Storm 4 is the first entry of the series to come out on the PlayStation 4 and Xbox One current-gen consoles. The development team is taking advantage of the new hardware by adding new effects such as outfits breaking apart during the intense fights. With a robust roster that covers the entire timeline of the series to boot, Ultimate Ninja Storm 4 should be a great fighting game for fans of Naruto.

Reserve the upcoming PC, PS4 and Xbox One fighter with this page.

3. The King of Fighters XIV

One of the most popular fighting series returning in 2016 is The King of Fighters. For the 14th mainline installment, the development team opted to use 3D character models instead of 2D, upsetting some fans. With that said, the excellent gameplay the franchise is known for will be returning with some tweaks, including an option that will let beginners get into the game more easily. So there should be plenty to still be excited about.

The King of Fighters XIV is expected to arrive later in 2016 for the PlayStation 4. After being in the arcades for awhile, Tekken 7 finally appears to be ready to come out on consoles. The latest installment of the series features Akuma, a quest character from Street Fighter who will also play a big part in the story mode. In terms of gameplay, the additions of rage art (which is a combination of unblockable moves) and power crunch (which lets you attack while taking damage at the same time) adds even more depth to the already intense gameplay.

Tekken 7 is currently announced as a PlayStation 4 and Xbox One game with an expected release scheduled for 2016. The biggest fighting franchise is finally back in 2016 with the release of Street Fighter V. The major gameplay change in the sequel is the introduction of the V-Gauge, which builds up as you take damage. You can spend this meter to perform special attacks or unlock special abilities. Capcom also announced that all future DLC characters can be earn with in-game currency, so you don’t have to pay extra (although that option is still available) to unlock new fighters. With Ultra Street Fighter IV being an already excellent game, the next installment is easily our most anticipated fighting game of 2016.

Street Fighter V has a February 16th release date for the PS4 and PC. You can preorder the fighting game on the PlayStation 4 here. Along with the ongoing DLC support for Killer Instinct, Mortal Kombat X and Super Smash Bros. for 3DS/Wii U in addition to the above-mentioned games, 2016 is shaping up to be excellent year for fans of fighting games.