New details have been listed by Amazon for the upcoming Mass Effect Library Edition Volume 2. The book is published by Dark Horse Books with an ISBN-10 of 1616556366 and ISBN-13 of 978-1616556365. Preorder the second volume with this page from the retailer’s site. Check out cover design of the new book below this paragraph. 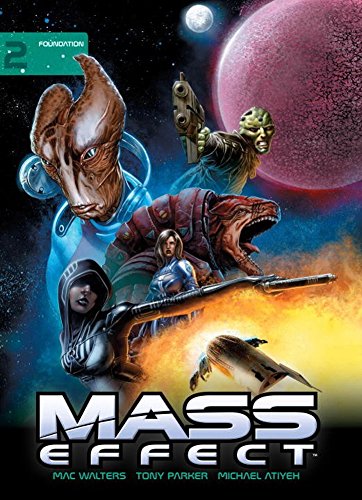 The book is written by Mac Walters. Fans of the franchise will be able to recognize him as the lead writer of both Mass Effect 2 and Mass Effect 3. It will be released on the 19th of May. If you haven’t already, you can purchase the Mass Effect Library Edition Volume 1 here.

If you haven’t heard already, a new Mass Effect game is in development. However, it won’t be a direct sequel to Mass Effect 3 as it is not going to feature Commander Shepard as the main character. With Dragon Age Inquisition finished, Electronic Arts should be getting ready to talk more about the next game in the sci-fi RPG series, perhaps even at E3 2015 (if not before).