August is traditionally the month where things begin to pick up in terms of new game releases after the slower summer months of June and July. This year is looking especially packed with a lot of remastered ports, as well as completely new titles, coming out. You can check out our top ten list of new videogame releases in August of 2015 that you might want to consider buying.

Etrian Odyssey 2 Untold: The Fafnir Knight is a remake of Etrian Odyssey 2: Heroes of Lagaard. The improvements include a new story mode in addition to an orchestrated soundtrack. So, if you missed out on the original, the new version of the dungeon-crawler is definitely the one to get for fans of the JRPG genre.

You can reserve Etrian Odyssey 2 Untold: The Fafnir Knight, which is coming out on August 4th for the 3DS, with this link on Amazon. The third installment of the One Piece: Pirate Warriors series is also the first to appear on the PlayStation 4 and PC platforms. Along with the improved visuals, the sequel also adds more moves to the returning characters in addition to introducing the ability to summon companions onto the battlefield.

You can pre-purchase One Piece: Pirate Warriors 3, which is launching on August 25 for the PS4, PS3, Vita, and PC, with this page.

For the uninformed, Volume is a game from Mike Bithell, the developer behind the acclaimed Thomas Was Alone. The objective of the upcoming game is to sneak past enemies from a top-down view (similar to the Metal Gear Solid series). Not to mention that there is also a level editor so that you can create your own special missions.

Volume comes out for the PS4, Vita and PC on the 18th. The third iteration of the Disney Infinity series focuses on Star Wars. Among the development teams helping out Avalanche Software in the project include Ninja Theory (developer of DMC: Devil May Cry), Sumo Digital (Sonic & Sega All-Stars Racing) and United Front Games (Sleeping Dogs). So it looks like it is shaping up to be the best installment yet.

Disney Infinity 3.0 Edition is coming out on August 30th for the PS4, Xbox One, Xbox 360, PS3 and Wii U. You can preorder the starter pack here. One of the biggest surprises of last-generation is Dishonored. With the sequel in development, Bethesda decided to remaster the original game for the PlayStation 4 and Xbox One with improved graphics in addition to the inclusion of all the major post-launch DLC packs. If you are interested, the Definitive Edition is the best version to get if you are a console gamer.

Dishonored Definitive Edition is coming out on Aug. 25. You can preorder with this link. 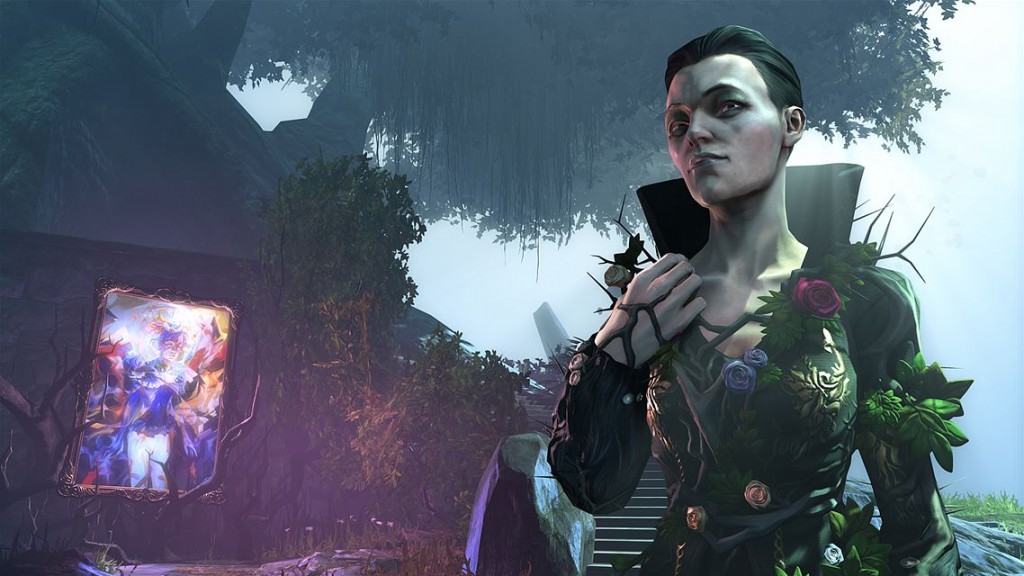 The visual novel genre has grown over the past few years in North America. One of the better releases, Steins;Gate, will finally be coming out on the PS3 and Vita in the west. Gamers can expect to experience a compelling story revolving around time travel with multiple branching paths that will lead to different endings.

You can reserve Steins;Gate, which is also coming out on the 25th, with the following pages: PS3 version and Vita version.

4. Everybody’s Gone to the Rapture

Everybody’s Gone to the Rapture is the spiritual successor to Dear Esther. The Chinese Room decided to team up with SCE Santa Monica Studio to create a stunning first-person open-world adventure game that is set during the apocalypse. There will also be more interactivity when compared to Dear Esther as well.

Everybody’s Gone to the Rapture will be released exclusively for the PlayStation 4 on the 11th of August. A potential sleeper hit, Until Dawn mixes gameplay from Heavy Rain with survival-horror. Thus, every decision you make in the game will have an effect on the story, leading to many different endings in terms of who gets to live or die. The game was rebooted from a PlayStation Move game into a PS4 title with substantially improved graphics thanks to the modified Killzone: Shadow Fall engine. If you have enjoyed teen slasher movies, you will most likely love this PlayStation 4 exclusive.

Until Dawn, which is available on the 25th, can be reserved here. Gears of War is one of the most influential games of last-gen. In the Ultimate Edition, the graphics have been remastered to 1080p while 7.1 Surround Sound is now supported. The remastered version also comes with all the multiplayer maps, five digital comic books in addition to an early access for the beta for Gears of War 4. So, even if you played the original to death, the Xbox One release still has plenty of content to look forward to.

Gears of War Ultimate Edition launches for the Xbox One on the 25th of August. Preorder the port via this link. Rare is used to be one of the better developers of the gaming industry. If you missed out on their past glory, Microsoft is offering an incredible deal with Rare Replay. The cheap collection features some of the best games the company has created such as Banjo-Kazooie, Battletoads, Blast Corps, Conker’s Bad Fur Day, Jet Force Gemini, Kameo: Elements of Power, Perfect Dark and Viva Piñata. Of course, you will be able to earn plenty of achievement points by playing through the compilation.

If you are interested, you can reserve Rare Replay for the Xbox one via this page.

Aside from the top 10, the eight month of this year also has some other notable releases. Madden NFL 16, for instance, will be released on August 25. The other games to keep an eye on for the month include Dungeon Travelers 2: The Royal Library & the Monster Seal (Aug. 18 for Vita), Galak-Z: The Dimensional (Aug. 4 for PS4), LBX: Little Battlers eXperience (Aug. 21 for 3DS), Toy Soldiers: War Chest Hall of Fame Edition (Aug. 11 for PS4 and Xbox One) and Xblaze Lost: Memories (Aug. 11 for PS3 and Vita).

For accessories, Hori Pikachu Hard Pouch for 3DS and latest version of the Mad Catz Arcade FightStick Tournament Edition S+ for Xbox 360 are coming out as well.

As you can see above, gamers have plenty to look forward to for the coming month.