The PlayStation Vita has transformed into a great platform for visual novels. For the uninformed, these games are usually developed in Japan and heavily focuses on the story elements with minimal gameplay (if at all). The portability and high-res screen of the handheld system makes it perfect for this genre. So what are the best visual novel games for the Vita? You can find out in our list below.

The BlazBlue series of fighting games has developed a hardcore following over the years. Set 150 years before BlazBlue: Calamity Trigger, the story of XBlaze Code: Embryo follows Toya Kagari, a normal high school student who eventually get caught up in a war. For a visual novel game, the graphics are really top notch as it resembles a well produced anime. Based on your actions, there are also multiple endings to unlock.

Aside from XBlaze Code: Embryo, XBlaze Lost: Memories is also coming out in the near future. The sequel features some returning characters from the first game in addition to adding a 2D dungeon for players to explore to break up the more traditional visual novel sections. You can purchase the two games from the series with these links on Amazon: XBlaze Code: Embryo and XBlaze Lost: Memories. Steins;Gate came out for multiple platforms starting with the Xbox 360. Up until now, however, the game was only translated in English for the PC despite getting a lot of acclaim from fans of the genre. Fortunately, PQube is planning to release the localized version of the visual novel for the Vita (and PlayStation 3) later this year.

Steins;Gate is designed to give players a non-linear path. As a result, simply answering a cell phone call are reading through a text message can change the plot. With a secret organization and time traveling elements to boot, the upcoming game seems like it will provide an engrossing experience. 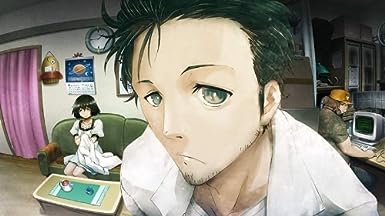 While Corpse Party: Blood Drive has not yet been officially announced, XSEED is heavily hinting that the sequel will eventually be released in the United States for the PlayStation Vita. The new game is more similar to the first title as you will be able to explore the spooky locations from a third-person perspective with control over your character.

Since it is a direct sequel of the first two installments, it is highly recommended that you play those first before jumping into Blood Drive. Otherwise, you most likely have no idea what’s going on with the overarching story. Thankfully, both Corpse Party and Corpse Party: Book of Shadows are compatible with the PlayStation Vita thanks to backwards compatibility. You can purchase them here. 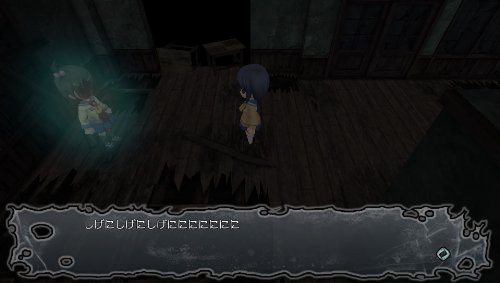 Another sequel that ranks high on our top visual novels for Vita list is Zero Escape: Virtue’s Last Reward. Having been trap in a game set up by a devious mastermind, you are forced to make crucial decisions in order to escape. Along the way, you also has to solve some creative puzzles that really put you into the game’s world. While it’s pretty short, Zero Escape is designed to for multiple playthroughs as you will learn more and more about the story with each subsequent session.

We highly recommend playing 9 Hours, 9 Persons, 9 Doors first if you haven’t already as it is a direct prequel to Zero Escape: Virtue’s Last Reward. Unfortunately, 999 is only available for the Nintendo DS and Nintendo 3DS. You can buy the two titles with these pages on Amazon.com: 9 Hours, 9 Persons, 9 Doors and Zero Escape: Virtue’s Last Reward. DanganRonpa in another visual novel in which the player is forced to play a game engineered by a mysterious mastermind. This time, you must determine the real killer in a succession of intense class trials. At certain points during the story, you can explore the unique locations and build relationships with your fellow classmates.

While Danganronpa 2: Goodbye Despair is considered the better game in general, you will miss out on a lot if you don’t play the first installment, DanganRonpa: Trigger Happy Havoc, as well (not to mention that it is also excellent in its own right). With the above-mentioned games, fans of visual novels should find plenty of excellent games to play on the Vita.