The U.S. release date is now available, thanks to Amazon, for the Limited Edition Mass Effect 3: Garrus Vakarian Statue. The figurine, which is being manufactured by Gaming Heads, is expected to come out on the 18th of March. You can preorder the highly-detailed product with this page on the retailer’s website. A photo of the miniature statue can be viewed below this paragraph as well. 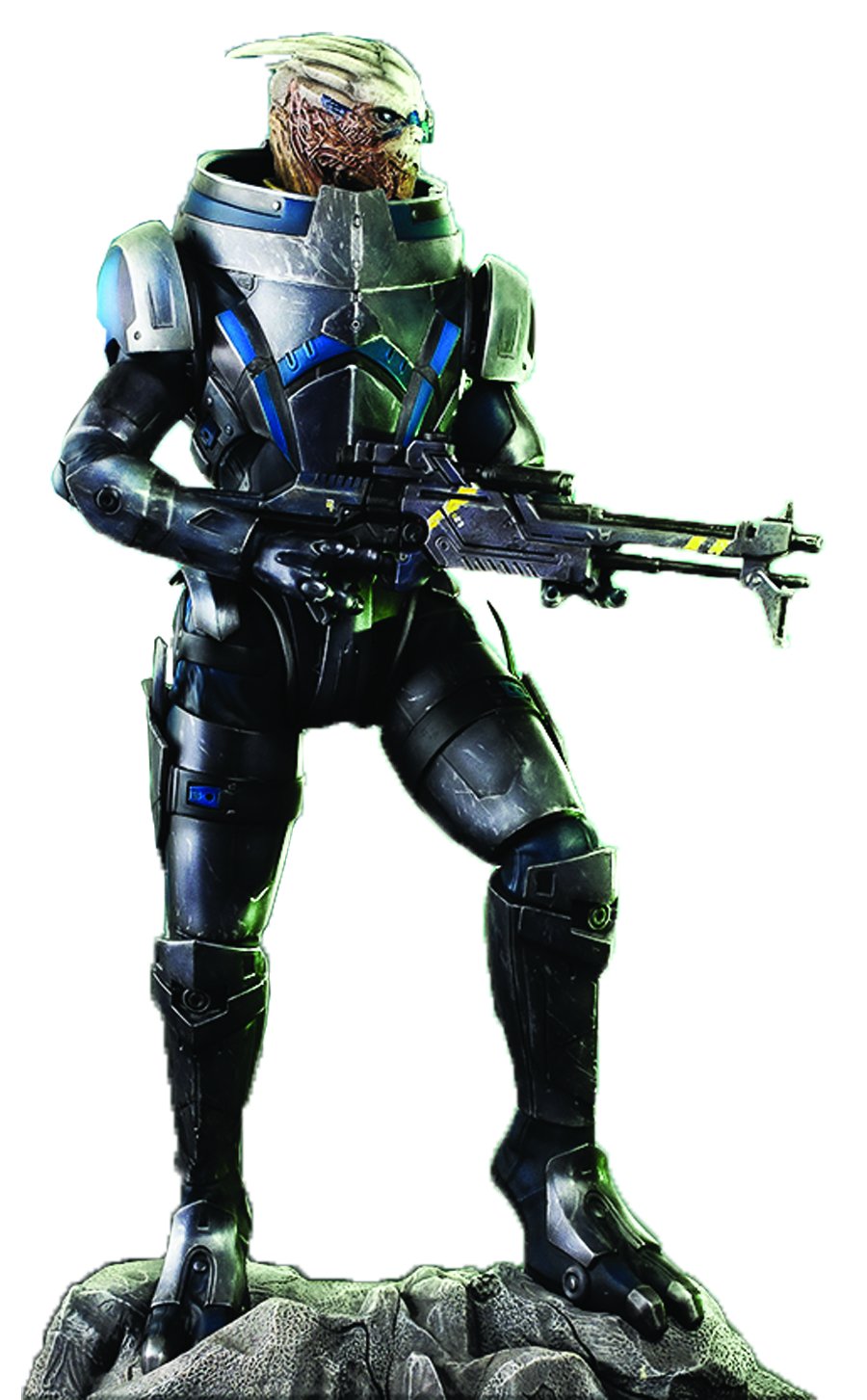 Garrus Vakarian comes from the fictional Turian race in the Mass Effect videogames. He has appeared in all three games and is one of the more popular characters from the RPG series.

The Gaming Heads statue is created in 1:4 scale and stands at 21 inches tall. Garris can be seen wearing his armor while holding the Incisor Sniper Rifle. The product also includes a full-colored deluxe packaging, a base that has been individually numbered by hand in addition to a certificate confirming the authenticity of the figure.

Bioware has already confirmed that a new Mass Effect game is in development. However, Garrus may not play a big part in it as the studio has stated that the next installment won’t take place in the same timeline (meaning no Commander Shepard as the lead character) as the Mass Effect Trilogy. You can expect to hear more about the upcoming videogame soon now that Bioware is done with the development of Dragon Age: Inquisition.