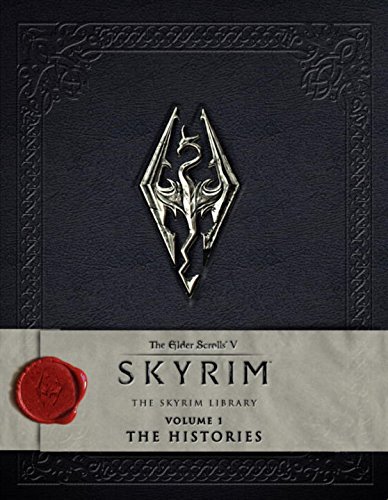 After multiple delays, the first volume of The Elder Scrolls V: Skyrim – The Skyrim Library has been finally released in the United States region. If you are interested in the book, you can purchase it on Amazon with this link.

For the uninformed, The Skyrim Library features the collected texts from The Elder Scrolls V: Skyrim videogame. The first volume covers the histories behind the massive open-world role-playing game. In total, the product (which is being published by Titan Books) has 232 pages of content.

The Elder Scrolls V: Skyrim came out four years ago in 2011. Despite the technical issues that plagued the game on consoles, it still managed to win numerous Game of the Year awards in addition to building a huge following of dedicated fans.

With that said, The Elder Scrolls VI is not expected to come out anytime soon. This is because the development team, Bethesda Game Studios, is currently busy with Fallout 4, which is slated to arrive on the 10th of November in North America. With the potential of creating post-launch content for the latest Fallout title to boot, it could be years before we will hear something about the next mainline installment of The Elder Scrolls series.