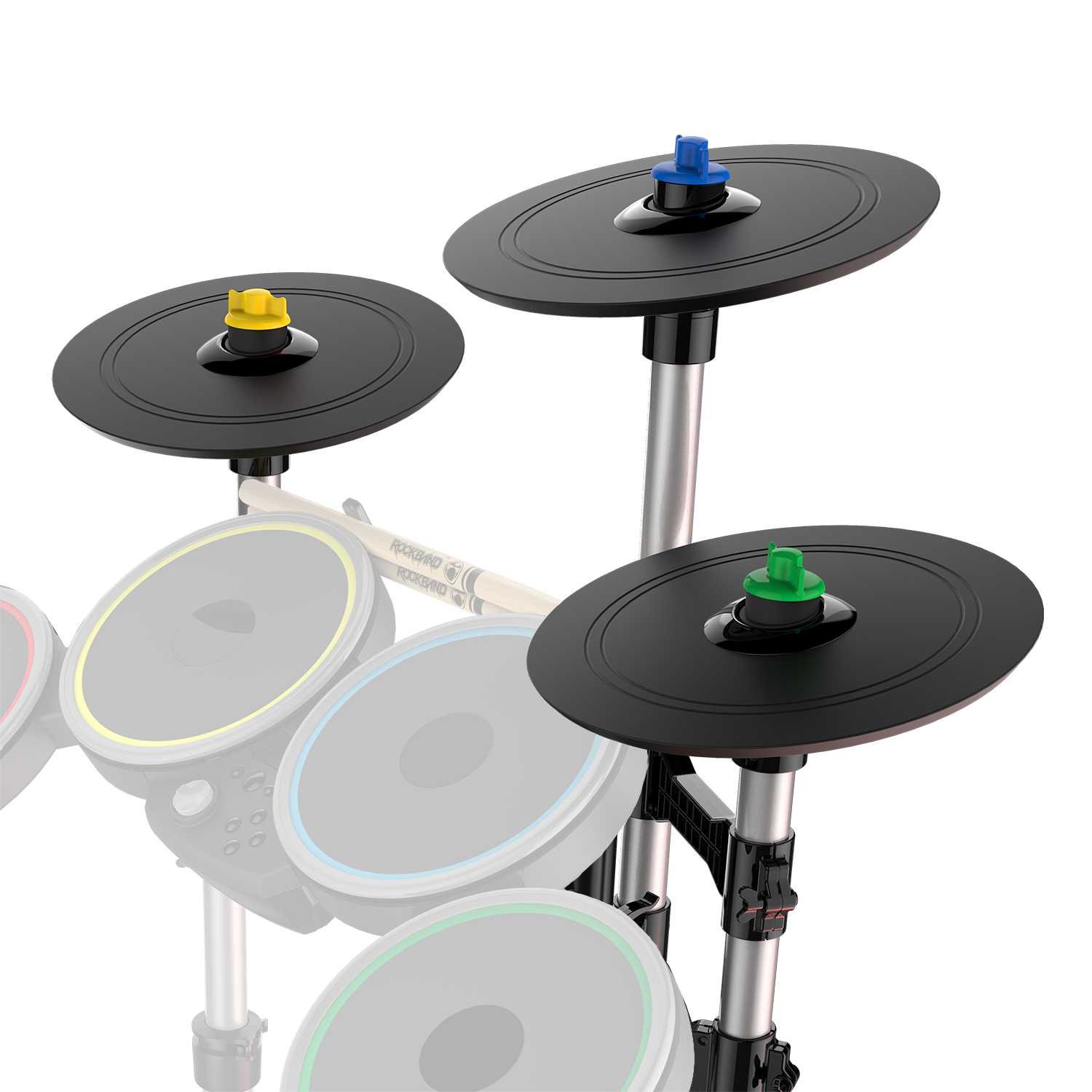 The Rock Band 4 Pro-Cymbals Expansion Drum Kit has been released in the North American region. If you are interested, you can purchase the add-on accessory for the music rhythm game with this link from Amazon’s website.

If you have not yet read our previous story, the Pro-Cymbals Expansion Drum Kit add the Crash, Ride and Hi-Hat cymbals on top of the Rock Band 4 drum instrument. The add-ons are color-coded, making it easy to install. They are built for durability, responsiveness in addition to absorbing noises (so you won’t bother your neighbors). Last but not least, you will also be able to adjust the height of the accessories, which will maintain a 10-degree strike angle for added realism.

Rock Band 4 launched earlier this year on the 6th of October for the PlayStation 4 and Xbox One in the North American region. The PS4 version of the game is compatible with DLC songs from the PS3 Rock Band games. For the Xbox One, gamers are able to transfer downloadable content songs from the Xbox 360 titles.

If you would like a more engaging drumming experience while playing Rock Band 4 on the PS4 or Xbox One, you should take a look at the newly available Pro-Cymbals Expansion Drum Kit.