A real-life Metal Gear Solid V: The Phantom Pain flashlight has been listed by Amazon.de. You can check out the packaging below this paragraph. 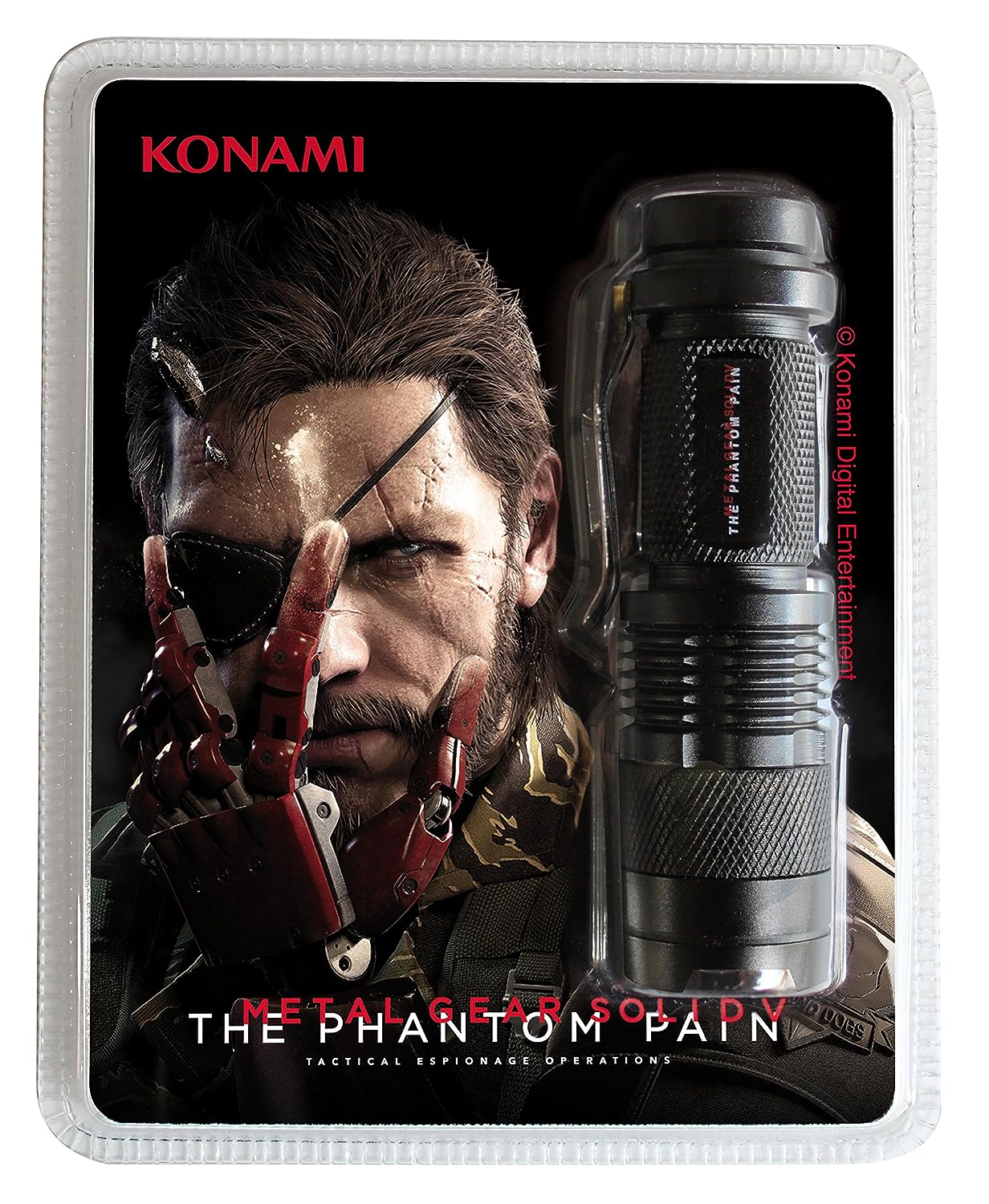 For the uninformed, The Phantom Pain introduces a day-night cycle to the Metal Gear Solid series. As a result, the flashlight will be useful during missions that take place during the pitch darkness at night.

This is not unusual for Konami to be selling non-gaming items based on the Metal Gear Solid franchise. The company is also promoting figurines, apparel, soundtracks and other merchandise based on the upcoming video game.

If you haven’t heard already, Metal Gear Solid V: The Phantom Pain is going to be the last game in the franchise to be directed by Hideo Kojima. This is because the creator will be leaving Konami by the end of this year. Not to mention that his studio, Kojima Productions, has been reportedly disbanded.

The sequel is coming out in North America on the first day of September for the PlayStation 4, Xbox One, PlayStation 3 and Xbox 360 home consoles. It will also be ported to the PC two weeks later on the 15th. If you are interested, you can preorder The Phantom Pain with this link on Amazon.com.