Amazon.fr has revealed what looks like a new official PS4 bundle. The latest SKU comes with the Jet Black version of Sony’s current-gen console along with a PlayStation TV. Also included in the package is a voucher to download three games: OlliOlli, Velocity Ultra and Worms Revolution Extreme. Check out the pack shot below this paragraph. 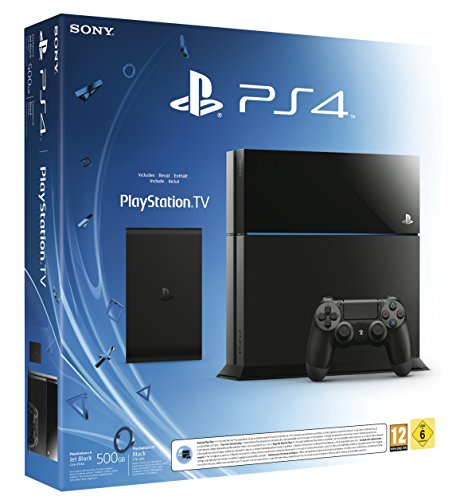 According to the French retailer, the new PlayStation 4 and PlayStation TV bundle has a release date set for the 25th of March. It appears that the product is only coming out in Europe as the same product is not listed in major North American shopping sites.

This should come as no surprise since SCEE is much more likely to bundle the PS4 with extra content than SCEA. Along with the PSTV bundle, the European branch of Sony also released a bundle for DriveClub, inFamous: Second Son and The Order 1886. They will also do another bundle for the upcoming Bloodborne.

One of the main functions of the PlayStation TV is the ability to stream games that are running on the PlayStation 4. You can also play compatible PSOne Classics, PSP Classics as well as some Vita games. The PSTV was released last year on the 14th of October in the North American region.