The Hori Retro Zelda Hard Pouch is coming out soon. Amazon is listing that the item is available on the 20th of October. Check out the price for the pouch right now by clicking on this link from the e-commerce website. A photo of the carrying case can be seen below this paragraph. 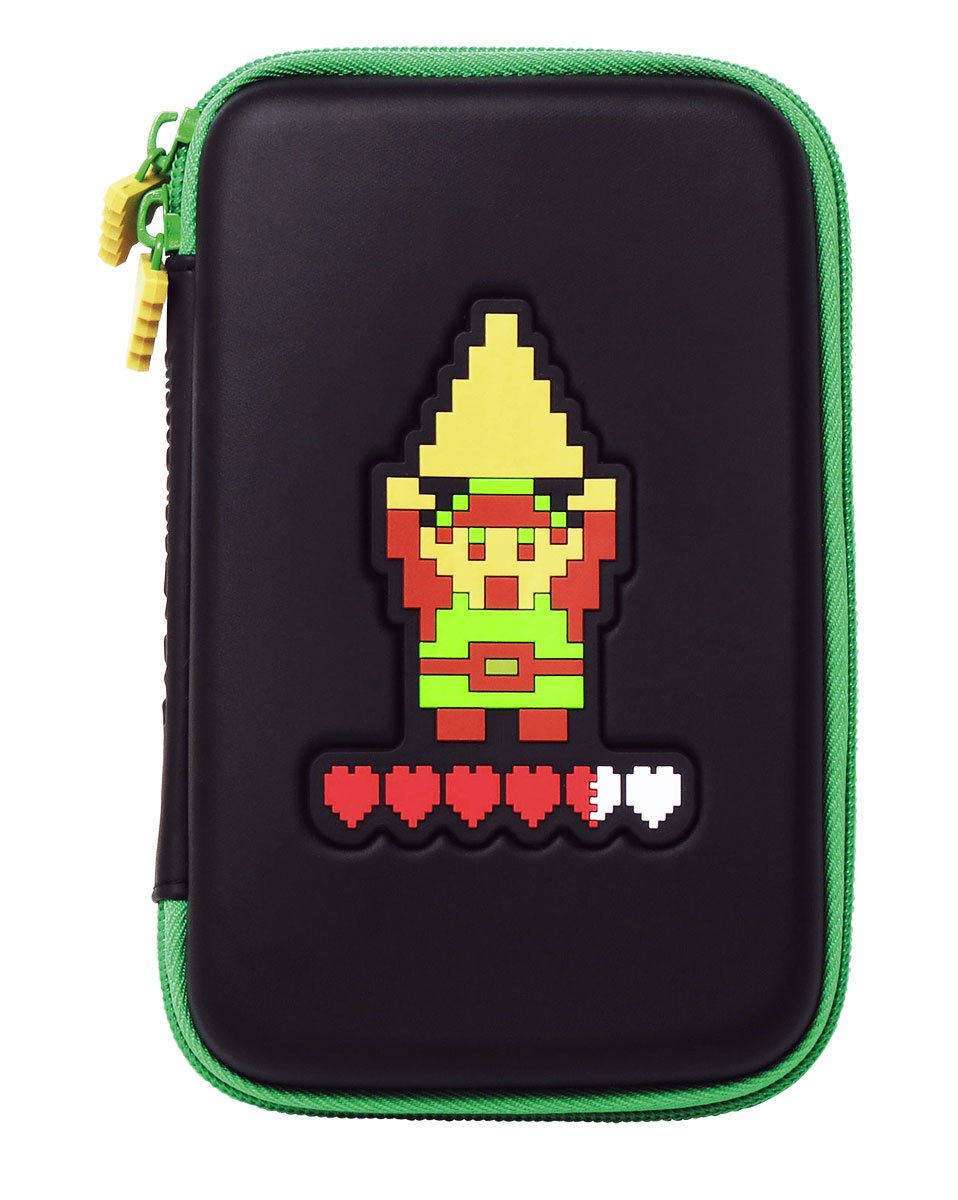 The Hori Retro Zelda Hard Pouch is advertised as mainly a Nintendo 3DS XL carrying case but it can also be used for the Nintendo 3DS, Nintendo DSi XL and Nintendo DSi. It comes with a retro 8-bit artwork of link from the very first Legend of Zelda game. As an added touch, the Triforce is used as zippers. From an functional standpoint, it promises to protect the portable from dirt and scratches. It also comes with a carrying strap, another stylus holder and elastic security strap.