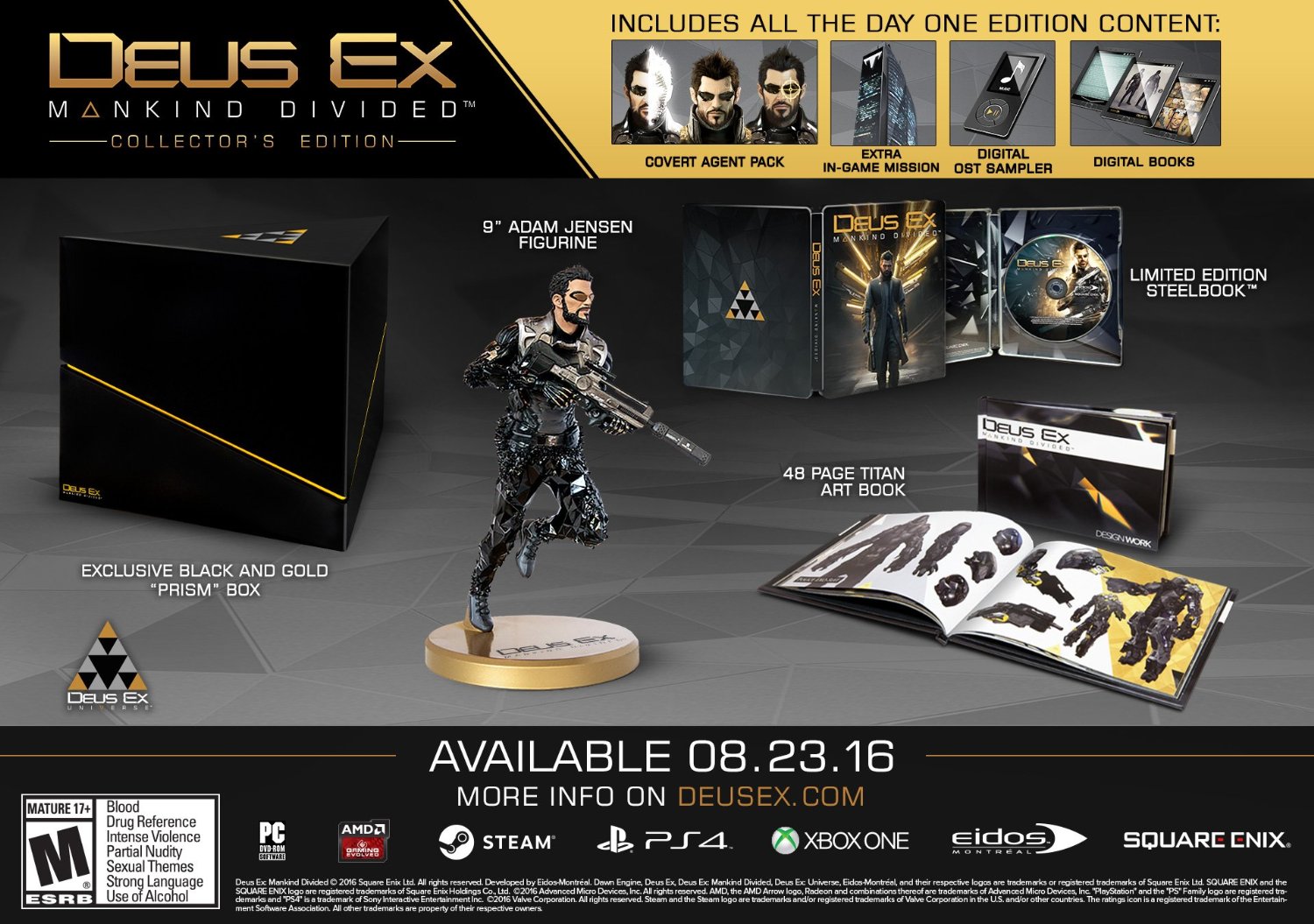 Mighty Ape has put up a listing for Deus Ex: Mankind Divided Day 1 Steelbook Edition, providing a look at the special case. You can check out what the steel book looks like with the image located just below this paragraph. As you can see above, the Steelbook Edition features a different case when compared to the Collector’s Edition. You can check out the CE for the action role-playing game right underneath this paragraph.

If you are interested, you can preorder the Deus Ex: Mankind Divided Collector’s Edition with this link on Amazon.

Deus Ex: Mankind Divided, which is being developed by Eidos Montreal and published by Square Enix, is coming out later this year on the 23rd of August in the North American region. The sequel to Deus Ex: Human Revolution will be released for the PlayStation 4 and Xbox One home consoles along with the PC platform.

So, if you are interested in the game, you might want to consider getting either the Steelbook Edition or Collector’s Edition.