We have found an alternate box art for LittleBigPlanet 3. Amazon.de has a listing up on the Extras Edition of the video game, showing the Sack Boy and Sack Girl versions of Ellie from the Last of Us and Helghast from Killzone. The other characters are dressed up with Dragon Age Inquisition costumes. Find the LittleBigPlanet 3 Extras Edition below this paragraph. 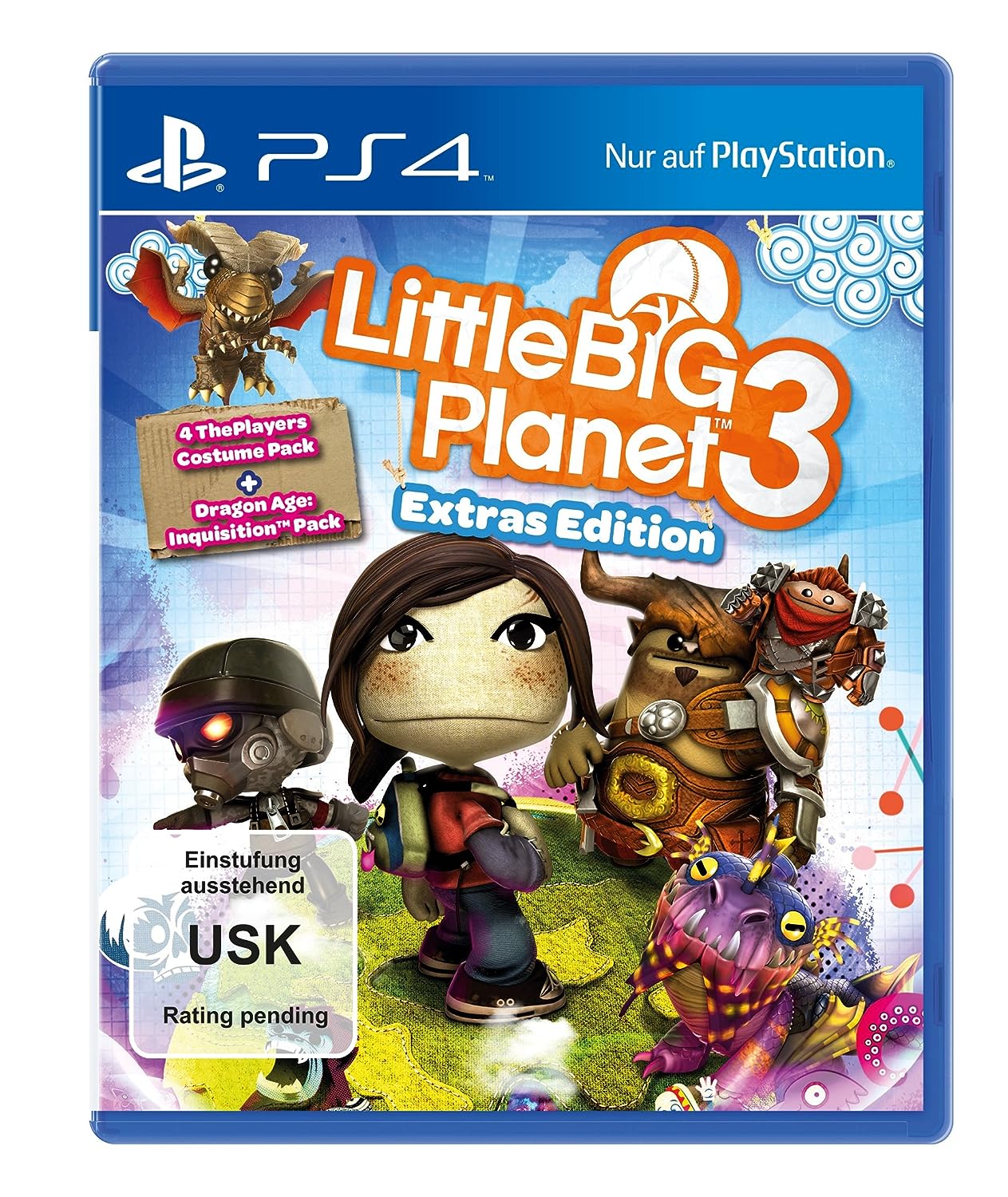 In Europe, the Extras Edition is a free upgrade featuring the 4 the Players (which also has Delsin Rowe from inFamous: Second Son and Nathan Drake from Uncharted as well as Ellie and Helghast) and Dragon Age Inquisition packs. In total, you will get nine costumes for free just for reserving the product. You can preorder the American equivalent, which is called Launch Edition, right now with this link.

LittleBigPlanet 3 is coming to the PlayStation 4 and PlayStation 3 next month on the 18th of November. Its development is being handled by Sumo Digital while Media Molecule is busy with Tearaway Unfolded and another PlayStation 4 project. Unfortunately, the extras we mentioned above is only for the current-gen version. PS3 players will be missing out on all of the free gifts unless they get the PS4 release.