It looks like Sony will be releasing an updated Player Bundle for the PlayStation 4 in the near future for Europe. Amazon.it listed the new product, which comes with a Jet Black PS4 system along with the following three games: Bloodborne, The Last of Us Remastered and The Order 1886. You can check out the packaging below this paragraph. 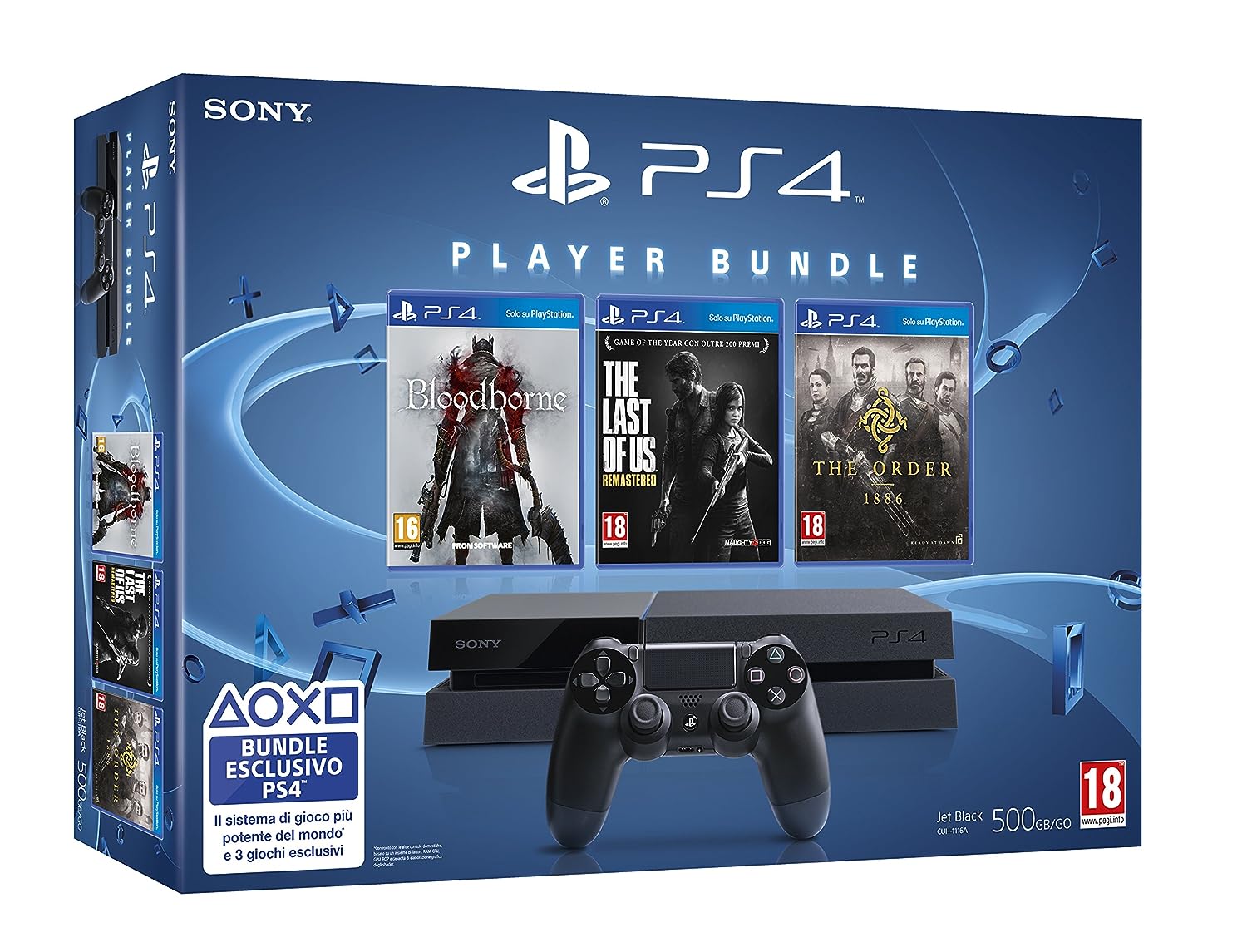 For the uninformed, Sony released a Player Bundle that features DriveClub, LittleBigPlanet 3 and the above-mentioned The Last of Us Remastered last year in the same region. Of course, Bloodborne and The Order 1886 were the two biggest exclusive releases for the PlayStation 4 during the early parts of this year. Because of that, Sony may have wanted to replace DriveClub and LittleBigPlanet 3 with Bloodborne and The Order 1886.

According to the Amazon.it listing, the updated PS4 Player Bundle will be released in Europe on the 13th of April.

It is unlikely that the same product will be released in the United States. Instead, Sony will be releasing system bundles based on Batman Arkham Knight at the same time as the game’s launch, which is occurring on the 23rd of June. You can take a look at the two North American bundles on Amazon.com with this page.