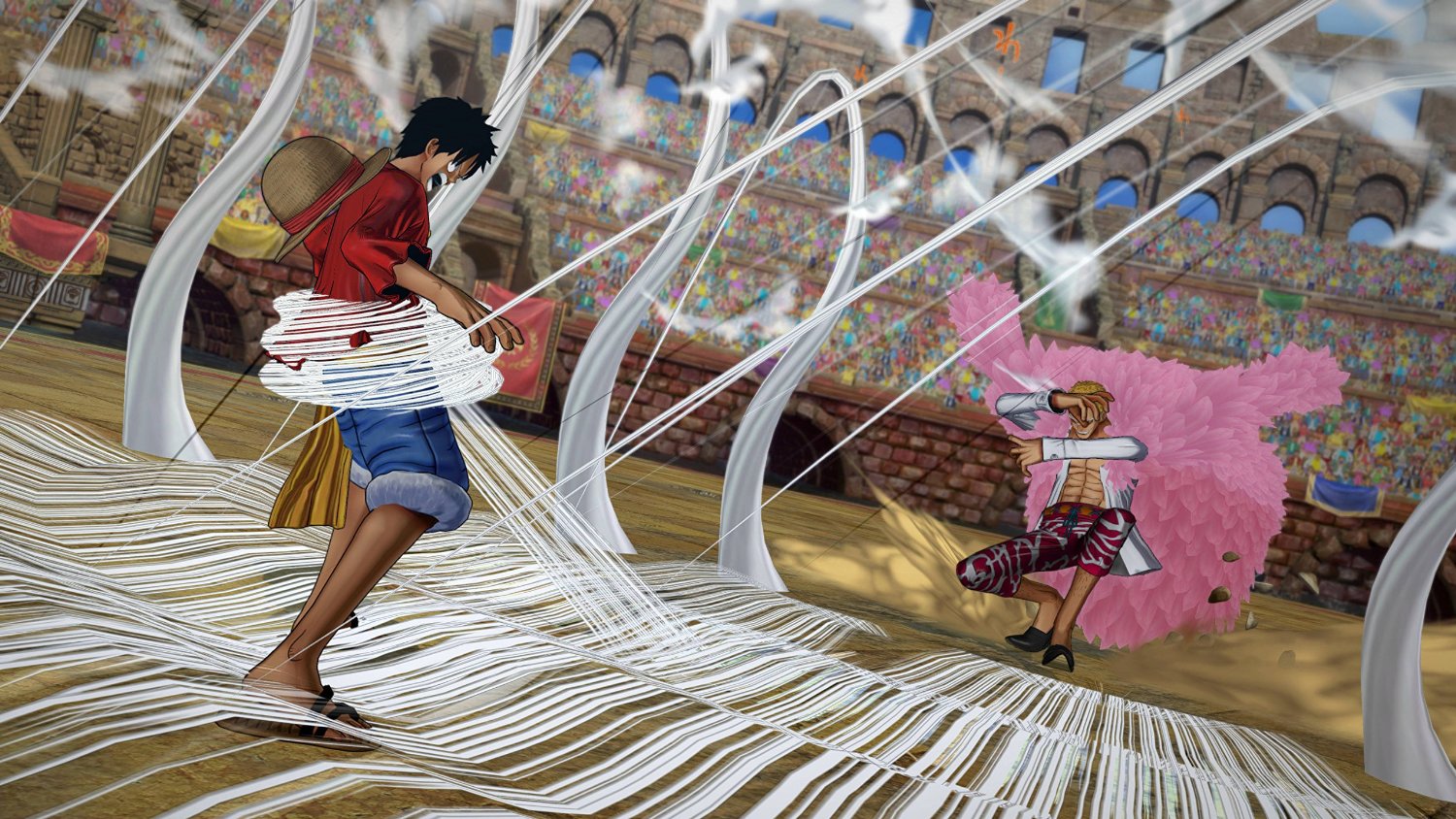 The file size has been revealed for the PlayStation 4 version of the upcoming One Piece: Burning Blood. According to the PlayStation Store shopping website, the fighting game is going to take up 8.7 GB of free space (when viewed directly from the PS4, the product page shows a slight higher requirement of 9.3 GB).

Along with the digital release, One Piece: Burning Blood will also be available in disc form. If you are interested, you can preorder the physical release of the fighting title on Amazon with this link.

Burning Blood features the most popular characters from the long running One Piece anime and manga series, inlcuding newly introduced characters such as Boa Hancock, Donquixote Doflamingo, Jimbei and Trafalgar Law. Players will be able to pull off Devil Fruit abilities, Haki techniques along with other types of unique maneuvers. Fans of the anime and/or fighting games in general should check out the upcoming title.

One Piece: Burning Blood was developed by Spike Sunsoft, the same company behind J-Stars Victory VS+. The game will be published by Bandai Namco Games when it launches for the PlayStation 4 (as well as the Xbox One, PC and PlayStation Vita platforms) on the 31st of May in the North American region.