The cover has been revealed by Amazon for the upcoming Batman: Arkham Universe: The Ultimate Visual Guide. You can check out the cover for the upcoming book, which you can preorder with this link from the online retailer if you are interested, below this paragraph. 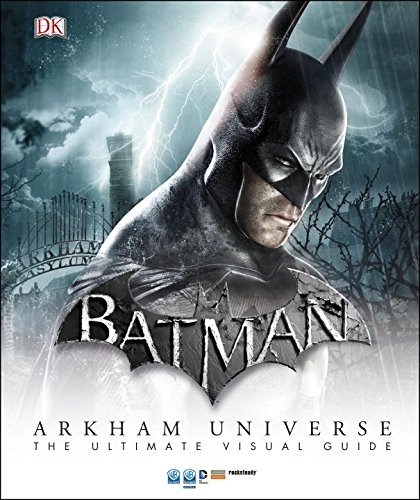 As you can see, the cover features a close-up of Batman with the Akrham Asylum in the background. For the uninformed, the guide is created in collaboration with RockSteady Studios and Warner Bros. Interactive Entertainment. It will provide details on the characters, equipment, gadgets, locations, storylines and weapons from the gaming series.

In total, Batman: Arkham Universe: The Ultimate Visual Guide contains 200 pages of content. It has an expected release date set for the 4th of August.

Of course, Batman: Arkham Knight will be released a litter over a month later. The final game of the franchise is going to come out on the 23rd of June in the North American region. Due to the inclusion of a drivable Batmobile, the sequel can only be developed on the more powerful platforms in the PlayStation 4, Xbox One and PC.

Hopefully, the upcoming Batman: Arkham Universe: The Ultimate Visual Guide will included content from the Arkham Knight along with the other installments of the series.