Amazon Japan has revealed their preorder bonus pack for the upcoming Batman Arkham Knight. Gamers who reserve the videogame from the retailer will be getting the WayneTech Booster Pack. You can check out an image featuring the extras below this paragraph. 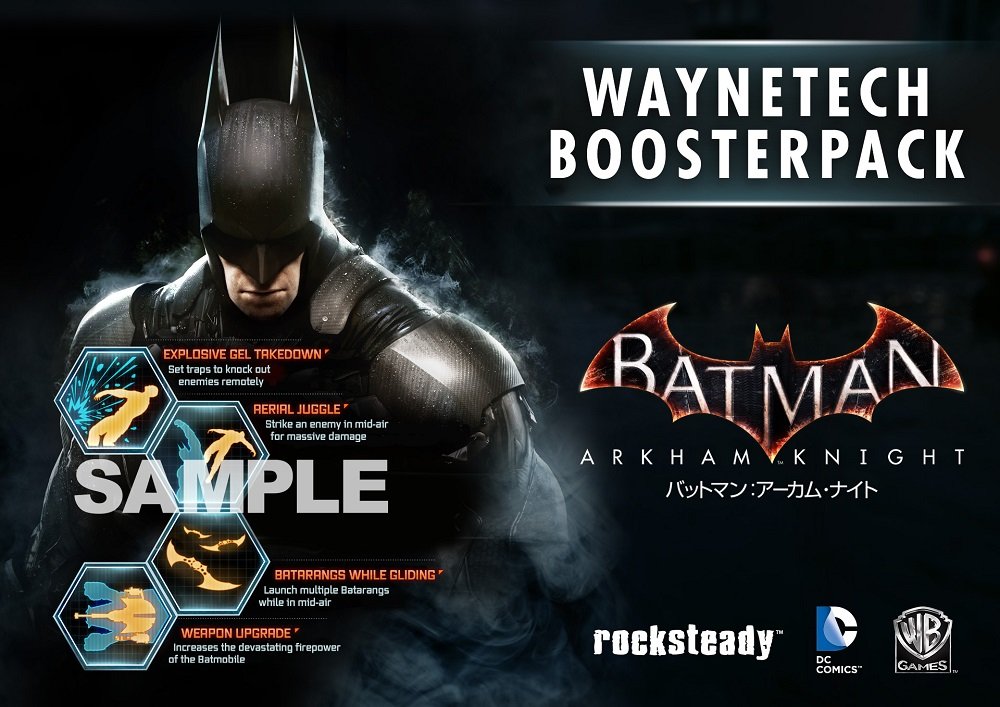 As you can see above, the WayneTech Booster Pack adds several enhancements to Batman. One of which is the Aerial Juggle, which allows the superhero to strike the enemy in mid-air to deliver a massive amount of damage. The other extras include the Batarangs While Gliding (throw multiple ones while in mid-air), Explosive Gel Takedown (being able to set traps to remotely knock out enemies) in addition to upgrading the weapon on the Batmobile.

Batman Arkham Knight is coming out in Japan on the 16th of July in Japan. The game has only been announced for the PlayStation 4 in that region so far. With the Xbox One struggling to sell in Japan, it is unlikely that Warner Bros. would release the game on Microsoft’s current-gen console in the Far East.

In North America, Batman Arkham Knight will be released for the PlayStation 4, Xbox One and PC when it comes out on the 23rd of June. You can preorder the U.S. release with this link on Amazon.com.