New Christmas-themed Fallout 4 console skins are now available at Amazon. If you are interested, you can purchase the latest CloudSmart products with the following links: PlayStation 4 version and Xbox One version. You can also check out what each of the skin set look like below this paragraph. 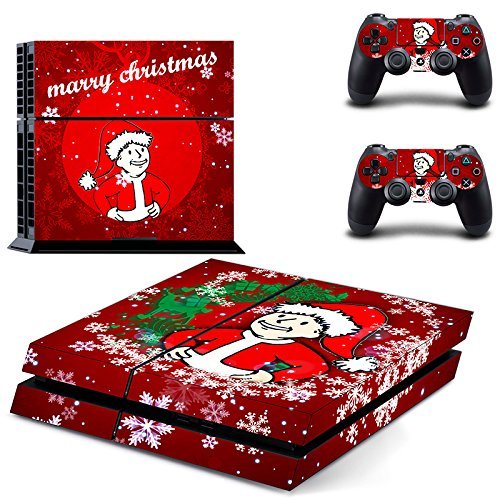 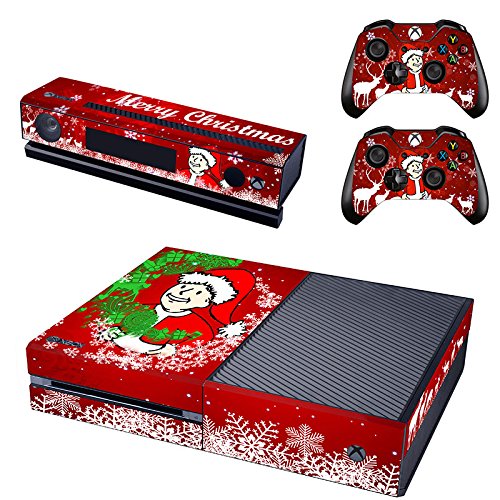 The PlayStation 4 version comes with skins for the console as well as two DualShock 4 controllers. The Xbox One set includes decals for Microsoft’s system in addition to two Xbox One controllers and the Kinect camera.

The skins are made of materials that will prevent fading, scratches and peeling. It should also be easily applied and won’t leave behind any sticky residue when removed. Last but not least, the decals are cut in a way to allow access to buttons and connectors. So, if you are a huge fan of the fourth mainline Fallout videogame, you might want to check out the above-mentioned skins.

Fallout 4 was one of the most popular releases of 2015 as it was the second best selling game in November despite launching with some heavy competition (against the likes of Call of Duty: Black Ops 3, Star Wars Battlefront as well as Black Friday game deals). Along with the two above-mentioned home consoles, the open-world RPG also came out for the PC platform.