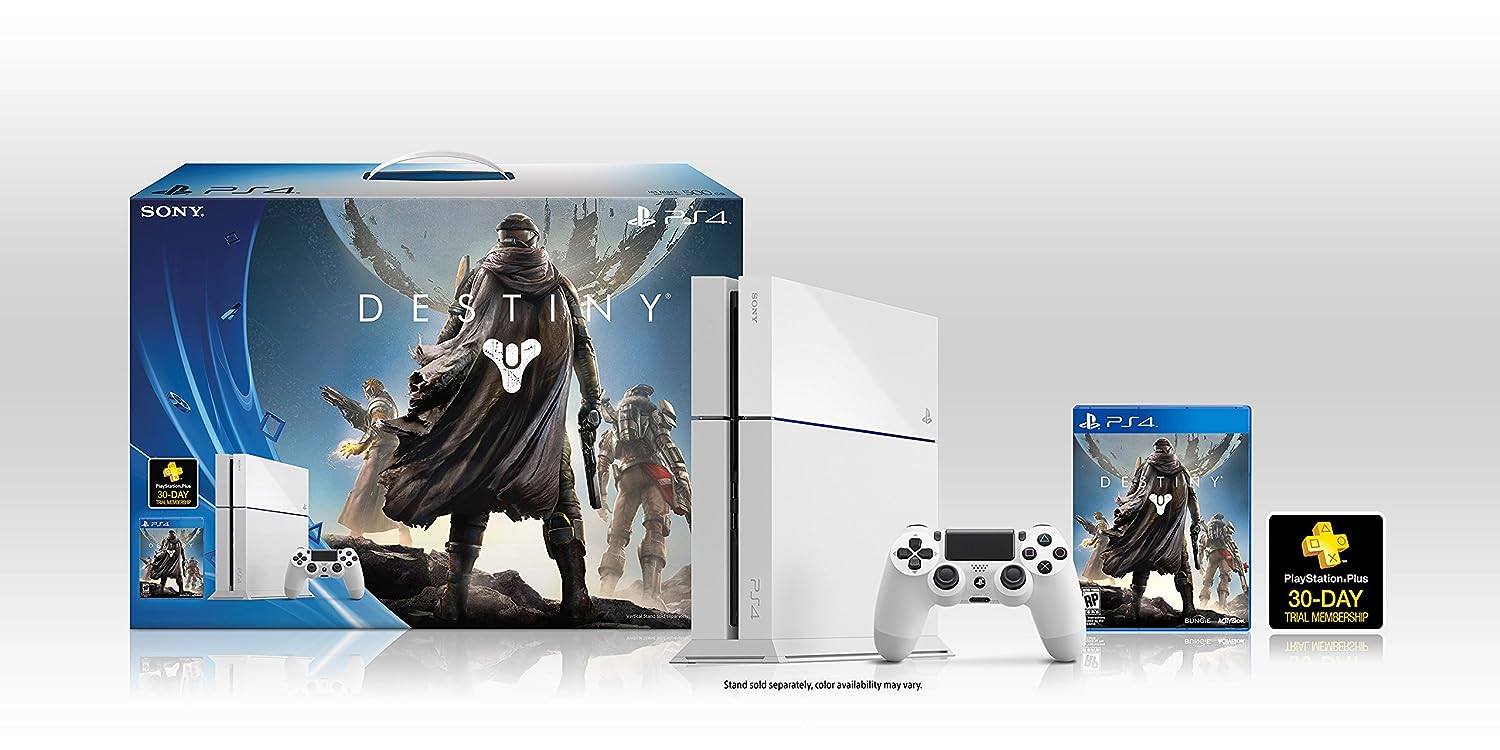 Sony announced the PlayStation 4 Destiny Bundle on their big E3 2014 stage presentation. The unveiling caused a big cheer from the crowd. The bundle also remained a fixture on the best-selling list on Amazon. So is the product worth preordering or is it just all hype? We take a look at several aspects of why it may be worth it (or not) to reserve the item in advance.

So what exactly is included in the PlayStation 4 Destiny Bundle? The package features a regular copy of the standard edition (not the sold-out Ghost or Limited Editions), as well as a Glacier White Playstation 4 system and a Dual Shock 4 controller of the same color scheme. A 30-day free trial of the Playstation Plus membership, which is required to unlock several online features, is added too.

Assuming that the Glacier White Playstation 4 is priced the same as the standard Black Playstation 4, the PlayStation 4 Destiny Bundle should save gamers $10 as opposed to buying the system and “Destiny” standard edition separately. The Playstation Plus membership is also worth around $10 when going by a month-by-month plan.

Of course, you may be able to get the bundle on the first day without committing to a preorder. You might miss out on some bonuses if you do so though. Gamers who are reserving are getting early access to Vanguard gear, player emblem and weapons. The wording hints that the same items could be released for all players later on even though the texts did not mention whether or not they will be free. The only way to guarantee getting the Vanguard gear, player emblem and weapons without charge is by preordering.

The Glacier White Playstation 4 is exclusive to the Destiny Bundle, at least at launch. Shuhei Yoshida said that a standalone unit of the hardware will be available at a later date in Europe. He did not mention any other regions. For now, it looks like the only way (in the United States, at least) to purchase the Glacier White system is through the bundle.

While Destiny can be played as a single player videogame, you will miss out on a social experience. There is nothing like playing a multiplayer focused videogame at launch day as you and many others are trying to figure out how everything works. You won’t be frustrated with exploits, gamers with more experience and a potentially smaller community in you jumped in a few weeks or months later. By playing Destiny on the first day, you are on equal footing with everyone else instead of trying to catch up.

Destiny already looks to be a popular videogame. The Ghost and Limited Editions have already sold out months ahead of release. The PlayStation 4 Destiny Bundle is selling well based on the Amazon best-selling chart but it has not sold out. Even so, a lot of gamers looking to jump into next-gen may use the bundle as an entry point. Therefore, the product should be a hot item during launch, Black Friday and the rest of the holidays.

If you are planning to buy Destiny and the Playstation 4 at some point, then the bundle is definitely worth preordering. You will save a little cash while guaranteeing that a potentially hard-to-find item ends up on your hands. You will also be a part of the launch experience of the videogame, which is going to be very special going by all of the early impressions.