Xseed Games recently confirmed the localization of Corpse Party: Blood Drive for the North American region. In addition to being available as a digital download on the PlayStation Store, the game can also be bought physically via the Everafter Edition. However, the retail version cost a little bit more when compared to the standard prices of Vita games (you can check out the price tag of the Everafter Edition with this link on Amazon). Not to mention that there is no regular version of the physical release. So is the limited edition of Corpse Party: Blood Drive worth purchasing? Let’s take a look at a few factors below.

For the uninformed, Corpse Party: Blood Drive is actually the third main game of the series. So, if you haven’t already, it is highly recommended that you complete both Corpse Party and Corpse Party: Book of Shadows as the sequel concludes the story of the prequels.

Blood Drive is similar to the first two games in that it relies heavily on storytelling with gameplay as a secondary feature. So you can expect to do a lot of watching instead of actually playing.

In the few times you do have direct control over the game, you will be able to explore Heavenly Host Elementary, this time in 3D instead of 2D. The development team also added several new features such as an in-game flashlight (enhanced with dynamic lighting) and a stamina system so that you can dash.

A lot of what made the series great will also be returning. One of these compelling elements is the simulated surround sound, which really adds to the experience. Not to mention that the excellent Japanese voiceovers will be returning as well. Last but not least, there are plenty of unlockables, including eight extra chapters to go along with the main 11 chapters.

If you are a fan of survival-horror and visual novels, then you should definitely check out the Corpse Party series.

Even though Corpse Party: Blood Drive Everafter Edition is more expensive than the standard Vita game, it does come with a few extras.

One of the best aspects of the series is its eerie soundtrack. The two CD music selection from the limited edition includes the complete track listing for both Blood Drive and Book of Shadows. Select songs from the PSP version of the first Corpse Party videogame will be features as well.

The bundle also include an art book, which is expected to include as much content from the series as possible. 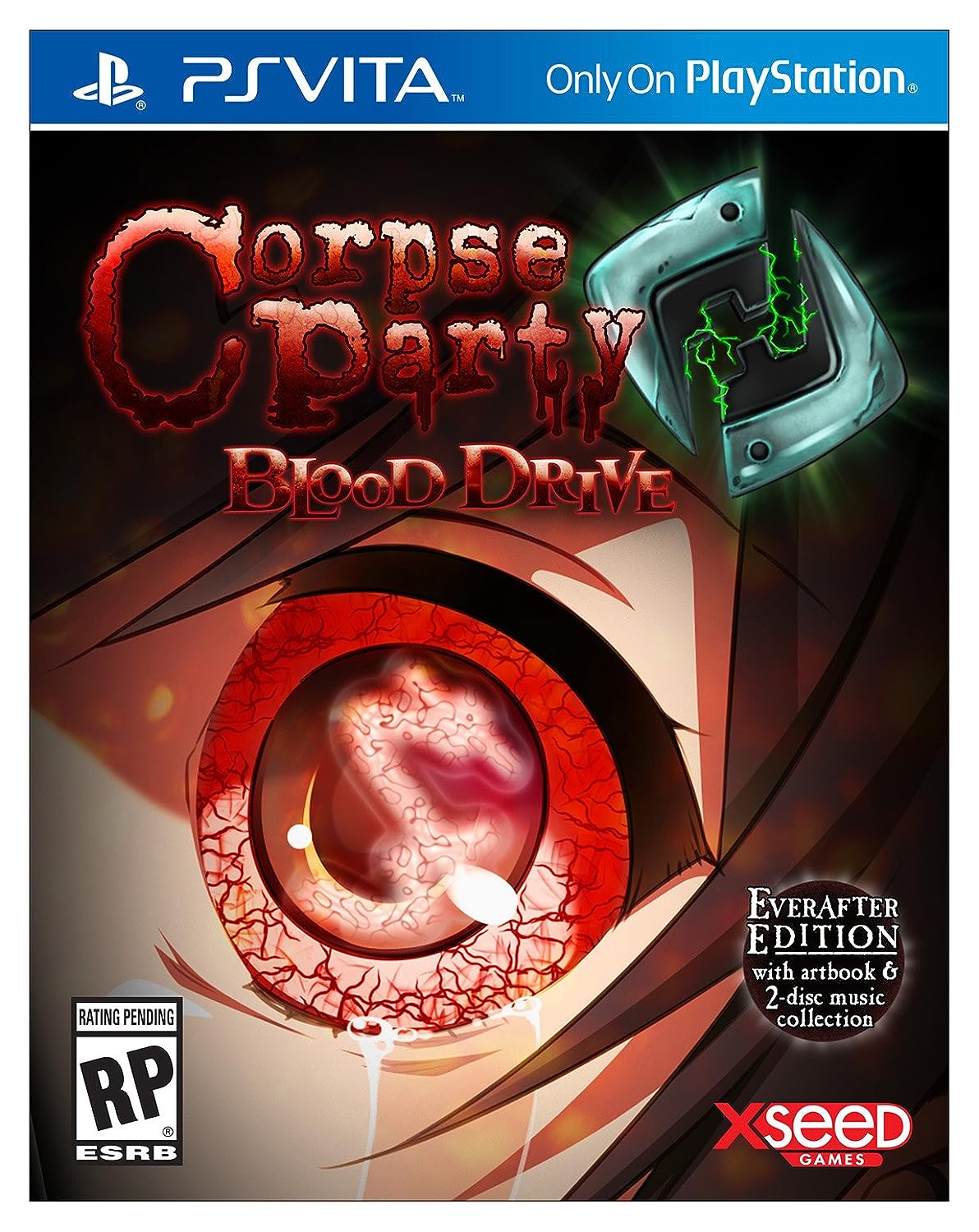 As you can see above, the extras included in the Everafter Edition aren’t essential to playing the actual game. With that said, fans of the series will find plenty of value in the art book and soundtrack. Not to mention that there is no other way to get a physical release.

So if you prefer the bonus content and/or having a physical copy, then the limited edition is certainly worth an investment. If you are still interested, you can preorder Corpse Party: Blood Drive Everafter Edition via this page.