If you haven’t heard already, the Rock Band franchise will be making its triumphant return with the upcoming release of the fourth mainline installment for the PlayStation 4 and Xbox One. Harmonix has teamed up with Mad Catz to create several bundles that will fit the needs for both newcomers and veterans. Take a look at our buying guide below to determine what is the best Rock Band 4 bundle and version for you to buy.

Rock Band 4 is the first game in the series to be released on the current-gen consoles. With that said, you will be able to transfer DLC songs from the previous installments into the upcoming sequel.

The only caveat is that you can only do so from within the same console family. Thus, only the Xbox 360 DLC songs can be transferred to the Xbox One version. The same holds true when it comes to moving the music from the previous PlayStation 3 games to the sequel on the PlayStation 4.

Although new instruments are being made for Rock Band 4, you can still use your old instruments. Harmonix has revealed a chart of compatible legacy drums, guitars and microphones that will work with the sequel. You can find the list below this paragraph. As you can see above, you don’t need to buy the game with an instrument bundled in. With that said, the Xbox One version of the standalone software release is more expensive when compared to the PlayStation 4 version. This is because the Legacy Game Controller Adapter is needed in order to support the compatible legacy instruments (with the exception of the wired USB microphone).

You can check out the current prices of the two standalone software products with the following links on Amazon: Rock Band 4 with Legacy Game Controller Adapter on Xbox One and Rock Band 4 on PlayStation 4. 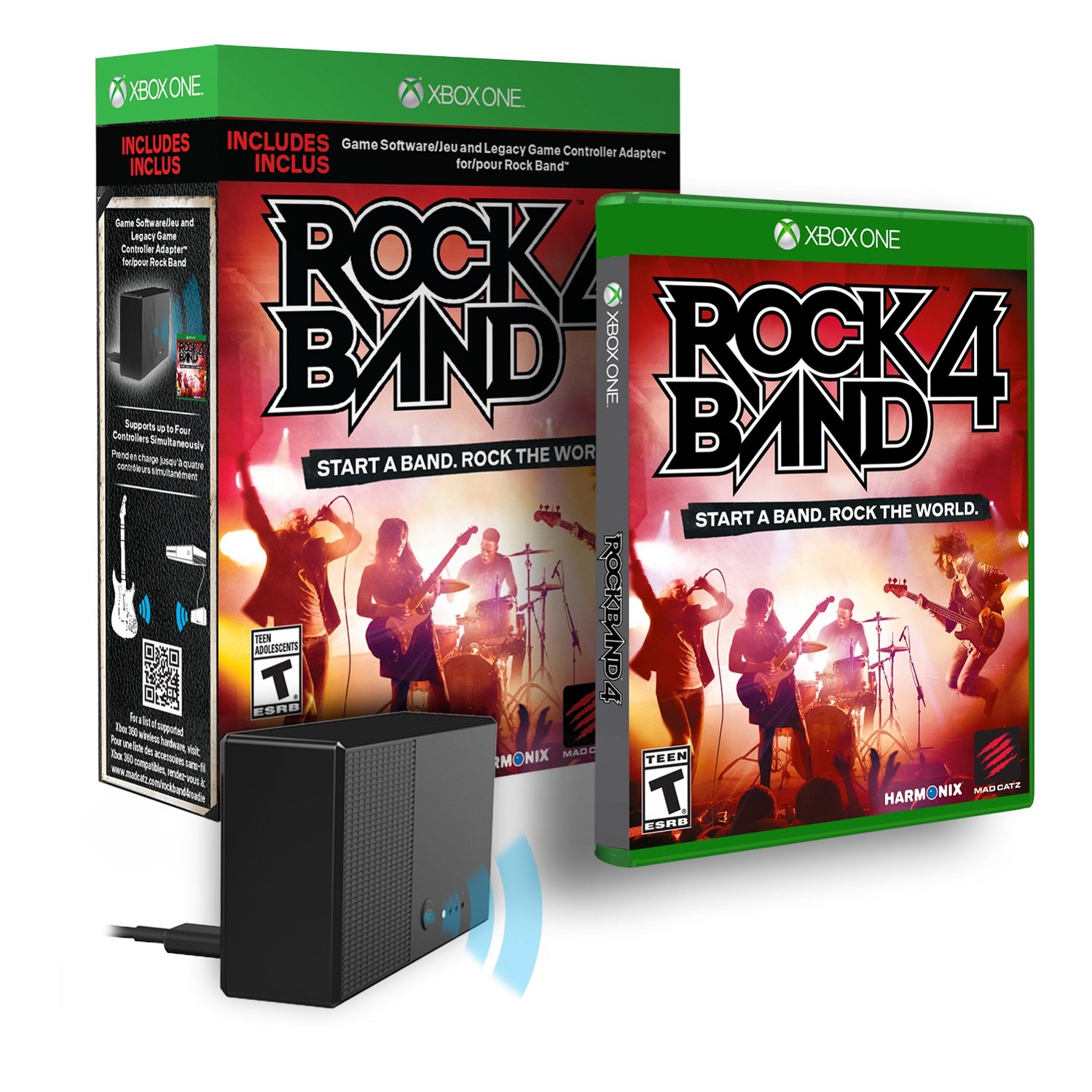 If you are in need of only a guitar controller, then you should check out the Wireless Guitar Bundle. The product comes with a physical release of the videogame in addition to the Wireless Fender Stratocaster Guitar (which supports both right and left handed players).

You can preorder the bundles with the following pages: PS4 version and Xbox One version. 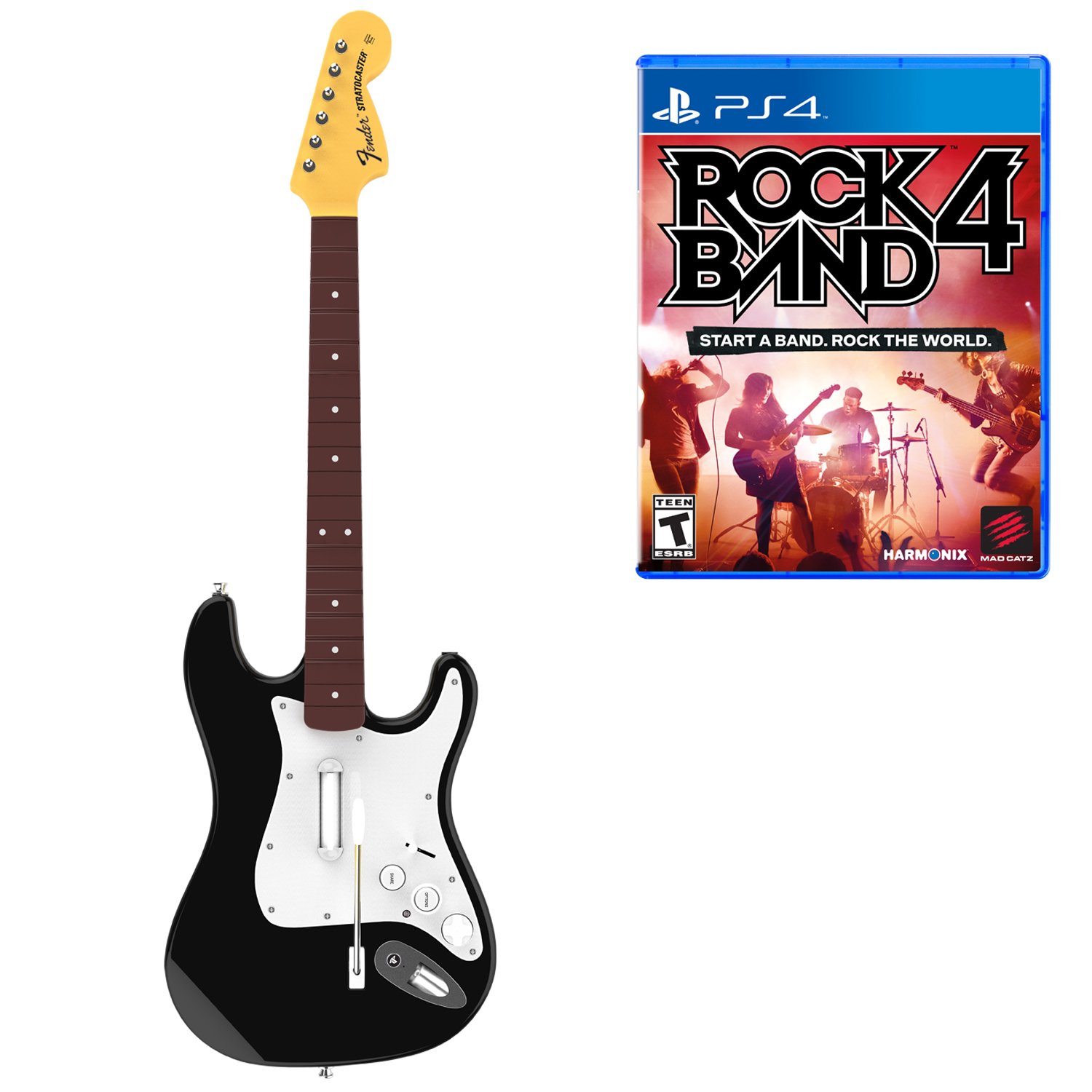 Mad Cats will also be releasing a pack containing everything for newcomers. The Band-in-a-Box Bundle comes with a copy of the videogame, the Wireless Fender Stratocaster Guitar, Wireless Drum Kit in addition to a USB microphone. The drumheads and pedal from the new drum kit have been reinforced in metal for added durability.

If you are interested, you can take a look at the Band-in-a-Box Bundle with the next links: PS4 version and Xbox One version. 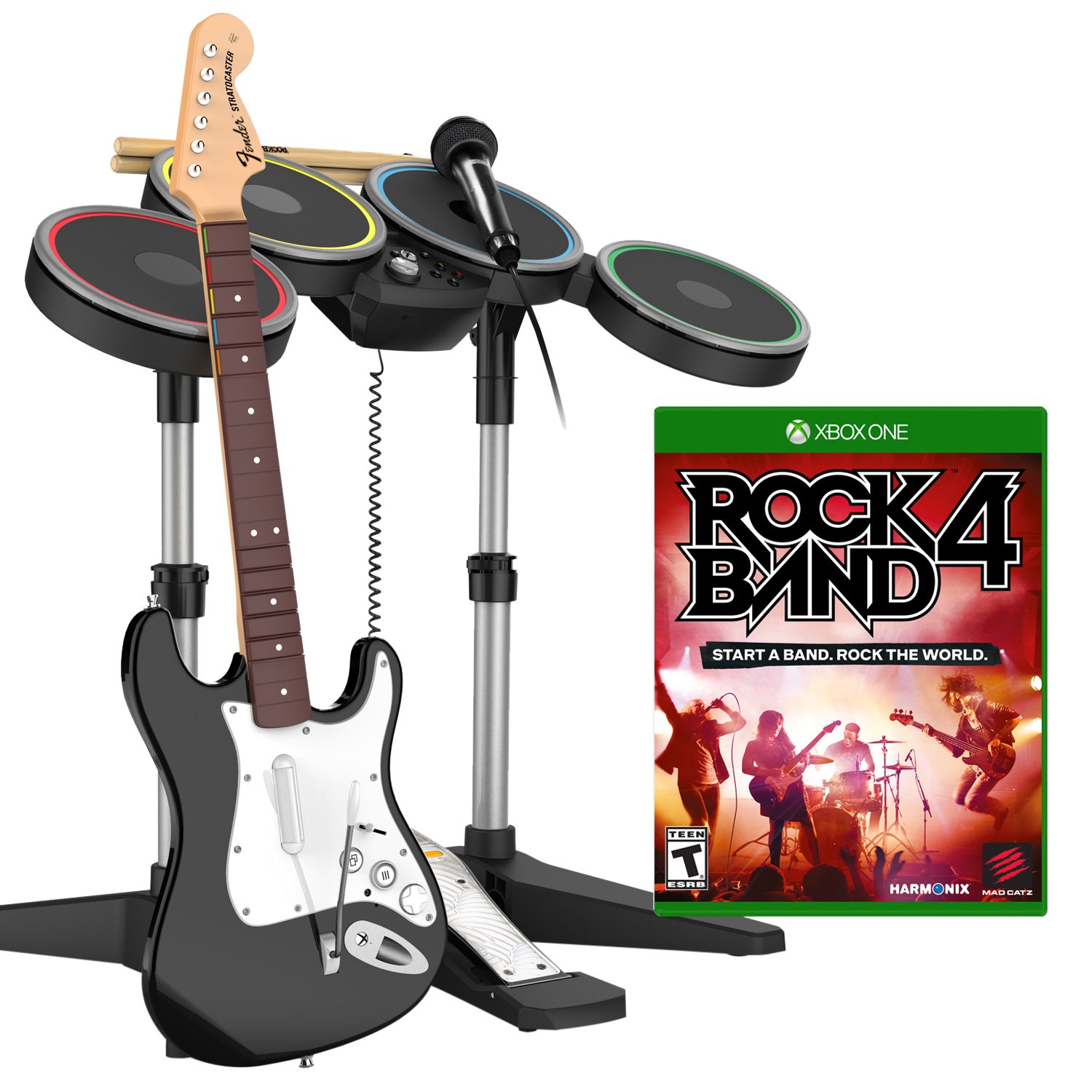 The best Rock Band 4 bundle for you depends on your previous history with the franchise. If you would like to play the DLC songs that you bought on the Xbox 360 in the sequel, then you should get the Xbox One version. For PS3 players, they should opt for the PS4 version if they want to transfer their downloadable content.

If you already have compatible legacy instruments from the previous installments, then you should buy the standalone version of the product. There is also an option to buy the game along with just the Wireless Fender Stratocaster Guitar.

Last but not least, the Band-in-a-Box Bundle is for gamers who want the game along with the latest (and most likely the best in terms of build) instruments.

All of the bundles for Rock Band 4 will be released for the PlayStation 4 and Xbox One on the 6th of October in the North American region.