While you can use the Akademia Airship in Final Fantasy Type-0 HD to fast travel to specific areas, you don’t have direct control over it. Fortunately, there is a ship that you can actually fly. The game doesn’t exactly make it clear that you can obtain the Setzer Airship, however, meaning that you can easily miss out if you aren’t looking at the right places. If you are having trouble, you can check out our guide below.

You won’t be able to obtain the Setzer Airship until later in the videogame. More specifically, you have to wait until the start of Chapter 7. If you are just starting out, you can follow a few of our beginner’s tips below.

While you have a large cast of characters, it is best to focus on building up around six characters (including Machina and Rem). When choosing your three-man team, make sure to include one member who is capable of performing long range attacks. Another good tip is to equip all members of your team with Cure spells as the A.I. does a good job of healing you when your health gets low.

Whenever possible, you should also take advantage of Secret Training, which you can access in the arena of the school. This will let one of your characters level up while you aren’t playing the game. If you want, this feature can be exploited as you can save at the Secret Training spot and then move the clock ahead by 24 hours (as the maximum amount of experience points cap out at one day per session) on the system’s menu. You can keep repeating this until you reach your desired levels.

If you are still having trouble, then you can always change the difficulty level to Cadet.

Point of No Return

Even if you managed to get to Chapter 7, the window to obtaining the vehicle is quite small as you will reach “the point of no return” after the second story mission of that chapter. So it is best to find the Setzer Airship as soon as possible.

The first step to getting your own airship is to head for the Main Gate area of Akademia and speak to Dominion Tribune, who is situated right before the red gates. She is the one who gives you “Expert Trials,” which are basically optional side quests. You will need to look for the Operation Homecoming Expert Trial, which has a recommended mission level of 37. If you are on the seventh chapter and still do not see it, you may want to clear the other Expert Trials on the list first. You can also wait until you complete or skip the first story mission of the chapter to see if it unlocks. Actually getting to the mission can be a little tricky. To save time, we recommend using the airship fast travel option via the Airship Landing area of the Akademia and then fly to Cetme. From there, hug the southern mountain range and head west until you see a big cave. This will lead to the West Nesher District where the city of Bazz is located. After you are done completing the relatively short and straightforward Operation Homecoming Expert Trial, you will be back on the world map. Reenter Bazz and then go all the way to the back to talk to Sakuya, who has a task for Class Zero. Accept the request and exit to the world map. This time, travel south to reach the Veill Desolands region and then continue going south (while avoiding the Behemoth Kings at the same time) until you enter Silent Key. There’s a little trick to defeating the Iron Giants roaming insider this dungeon. Once you get their health all the way down, they will cast an invincibility spell. The only way to kill them is to perform Kill Sight, which is done by locking onto an enemy and waiting until the cursor turns red. For the Iron Giants, this usually occurs right after they attack. These enemies shouldn’t be too much of an issue once you figure out how to dispose of them. 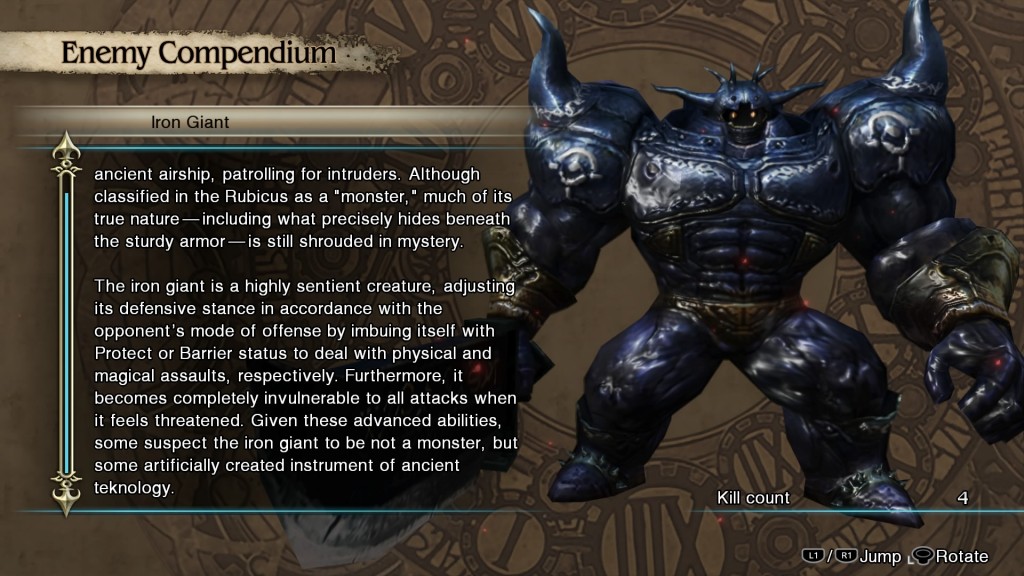 Instead of simply following the marker, make sure you check out the side rooms when you first enter the dungeon. Otherwise, you will have to backtrack.

For instance, you want to enter the First Control Room at the Rear Concourse before heading to the Central Concourse. The control rooms have one Iron Giant guarding each of the dynamos, which will open after you defeat these enemies. Inside of the dynamos, you will find a terminal that you will need to activate and a powerful equipment to pick up.

After you are done, exploring the First Dynamo, head back to Rear Concourse and then head for the mission marker to get to the next area. Repeat the process of heading to the side room, taking out the Iron Giant, activating the terminal and then following the mission marker until you reach Setzer Flightdeck. Activate the last terminal to get a special message from Captain Setzer and you will finally gain access to his airship. To pilot the vehicle, you will need to use the left analog stick to steer, Triangle to boost, L1 to brake, R1 to lock-on, square to fire magic shots and circle to land on accessible terrain. You can also use the airship at anytime on the world map by pressing the Triangle and Circle buttons at the same time. By obtaining the Setzer Airship, you will earn an achievement (on the Xbox One) and trophy (on the PlayStation 4) called The Ark of Agito. Furthermore, you can also get Master Marksman achievement and trophy by shooting down 50 enemies using the airship.

Hopefully, this guide made it easier for you to obtain one of the better secrets hidden in Final Fantasy Type-0 HD for the PlayStation 4 and Xbox One.