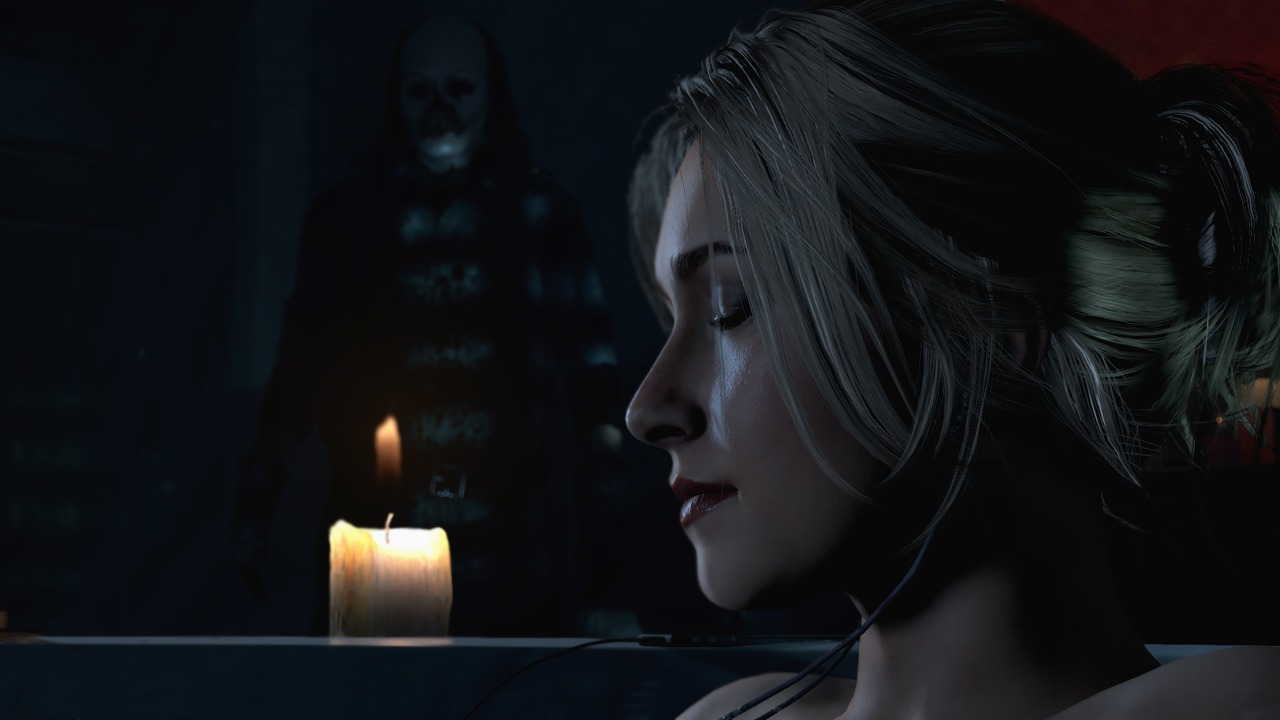 Sony released a new set of screenshots for Until Dawn for their first annual PlayStation Experience event. The screens focus of one scene featuring Sam, who is being modeled and voice casted by Hayden Panettiere, encountering (and eventually running away from) a masked-wearing serial killer. If you haven’t already, you can preorder the PlayStation 4 exclusive release right now with this link. The PlayStation Experience screenshots are located below this paragraph.

The game was previously being developed as a PlayStation Move game for the PlayStation 3. At Gamescom, Sony announced that the development has been moved to the PS4. The game also now

uses an upgraded engine that was previously utilized for Killzone: Shadow Fall. As a you probably see above, the new engine and platform switch result in much better looking characters that what was shown in the older version.

Until Dawn is coming out next summer for the PlayStation 4.