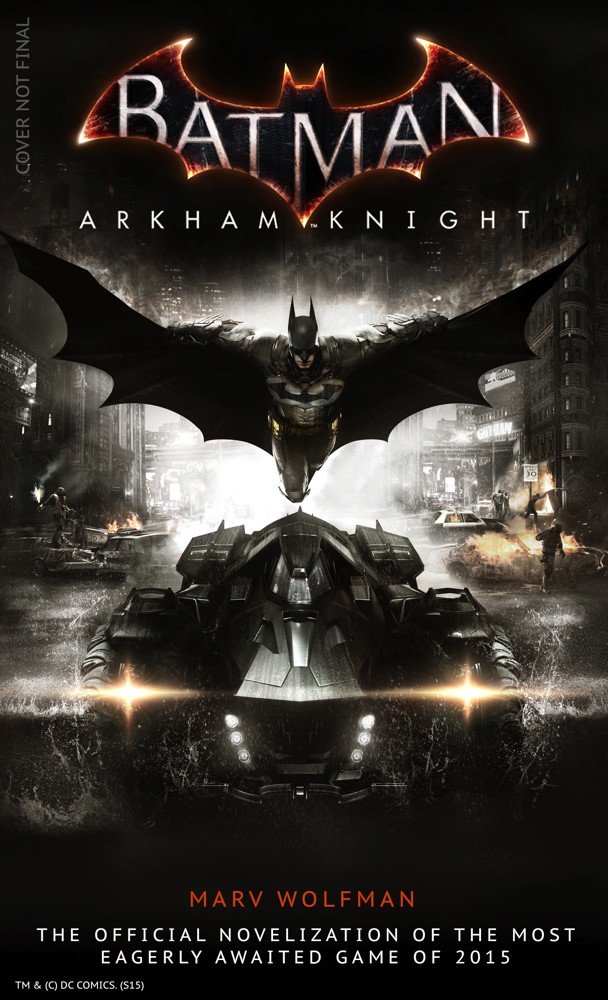 The release for Batman Arkham Knight: The Official Novelization has been pushed back. Amazon has update the listing for the book, which was previously reported to come out on the 7th of July. Instead, the product is now slated to arrive two weeks later on July 21. You can preorder the novel, if you are interested, with this page from the online retailer.

For the uninformed, Batman Arkham Knight: The Official Novelization chronicles the events from the videogame as Scarecrow and other villains have terrorized Gotham City (even with the absence of Joker). It is written by Marv Wolfman, whose previous works include Epic Mickey 2, Crisis on Infinite Earths, The New Teen Titans, The Amazing Spider-Man, Tomb of Dracula in addition to other Batman products.

Rocksteady Studios previously said that the videogame will provide an explosive conclusion to the Arkham series. It would also be the last installment from the studio as the development team is ready to move onto something new.

Batman Arkham Knight is coming out nearly a month before the official novel as the game will be released on the 23rd of June. The sequel can only be played on the PlayStation 4 and Xbox One consoles in addition to compatible PC platforms.