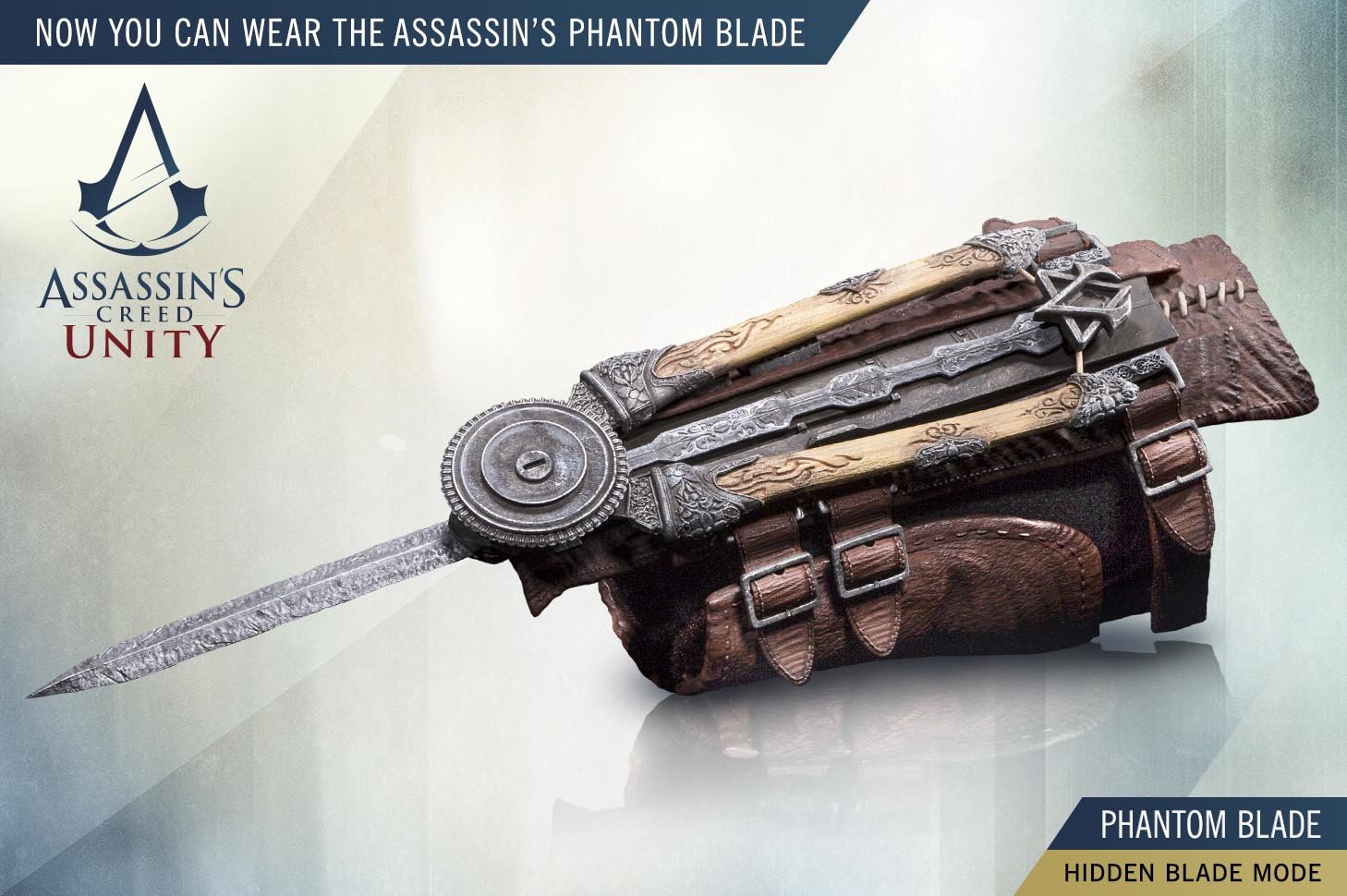 The U.S. release details are now available for the Assassin’s Creed Unity Phantom Blade replica. The product is releasing before the videogame as it is coming out on the 28th of October, just in time for Halloween if you are the type that likes to dress up as game characters. Find more photos and preorder the replica right now on Amazon.

The Phantom Blade is a life-size reproduction of the weapon (using PVC and thermoplastics) found in the videogame. Along with the hidden blade, it also comes with crossbow arms that is retractable and can fire soft darts. You should not have to worry about actually hurting anyone (unintentionally, at least) since the replica has been tested for reliability and safety. Last but not least, the straps can be adjusted so that it fits all sizes even though it was rated for 17+.

Of course, gamers also get an additional exclusive DLC weapon for Assassin’s Creed Unity. The Phantom Blade comes with a code for the French Cavalry Pistol for all three versions of the videogame, which is coming on the 11th of November. If you haven’t already, go preorder the PlayStation 4, Xbox One and PC game right now with this Amazon link.