It looks like Call of Duty: Advanced Warfare is getting an Urban Ops Edition. Amazon.co.uk revealed an exclusive bundle featuring the Day Zero Edition of the videogame in addition to a gift pack that has the Mission Wallet, Tactical Key Clip and Tactical Wrist Band. Check out a shot of the bundle below this paragraph. 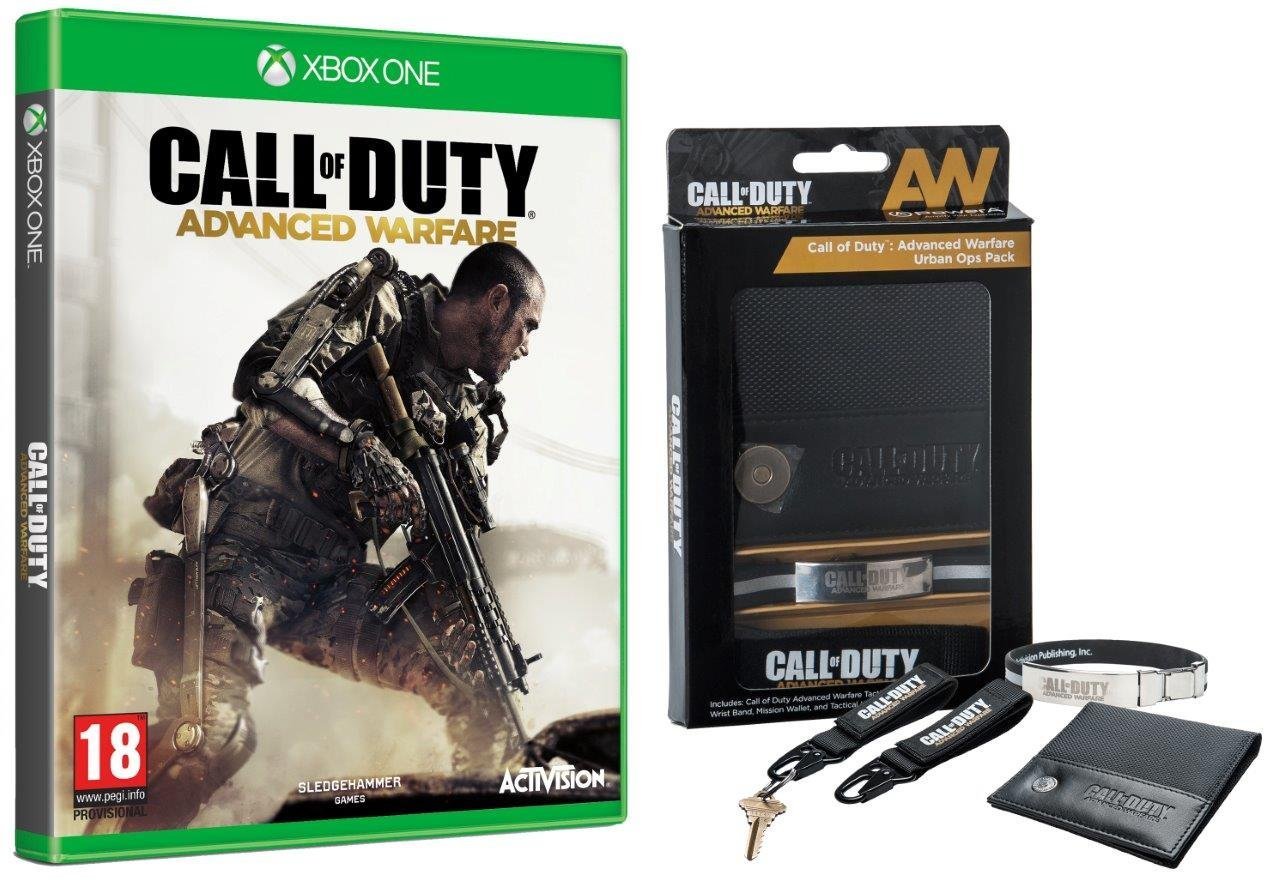 All three items in the gift pack are branded for Call of Duty: Advanced Warfare. The Tactical Key Clip comes with a spring-loaded clip and uses Velcro while the Tactical Wrist Band can be adjusted in size even though it also has a lock-tight clasp.

By itself, the Day Zero Edition also has several bonuses. Gamers who preordered will be getting full access to the videogame one day before the standard version. During this time, they can earn double the amount of experience points. It also comes with the AK-12G Assault Rifle and Crossbow B-2 weapons along with the Advanced Arsenal (featuring the Bullet Brass exoskeleton and EM1 Quantum directed energy weapon).

Call of Duty: Advanced Warfare Day Zero Edition is available on the 3rd of November for PlayStation 4, Xbox One, Xbox 360, PlayStation 3 and PC. The standard release is set a day later. For now the Urban Ops Edition can only be bought on Amazon.co.uk. Fortunately, you can still preorder Day Zero Edition on Amazon by visiting this page.