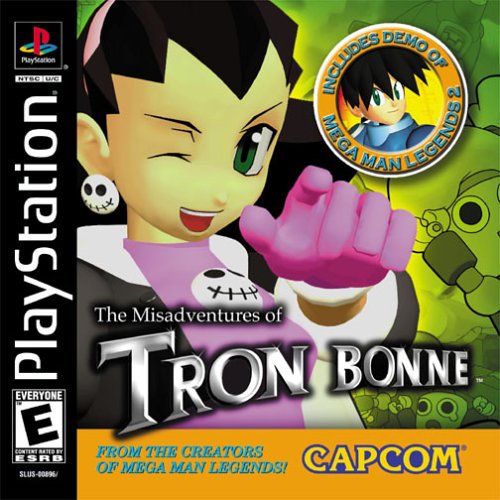 It looks like The Misadventures of Tron Bonne will be coming out soon for the PlayStation 3, Vita and PSP. The ESRB has rated the videogame for all three platforms with Sony Computer Entertainment America listed as the publisher. This usually means that the original PS1 version is going to be re-released digitally as a PSOne Classic via the PlayStation Store.

The Misadventures of Tron Bonne came out originally in 2000 and ended up being a rare collector’s item due to its limited stock and cult hit status. You can check out the current going price for the videogame on Amazon with this page. Thanks to the digital re-release, however, gamers won’t have to waste a lot of money and time trying to acquire a copy of the game.

The Misadventures of Tron Bonne is part of the Mega Man Legends series (also known as Rockman Dash in Japan). It is set prior to the events of the first Legends game and stars the sky pirate known as Tron Bonne (in addition to her Servbots).

If you haven’t heard already, Capcom previously had plans to develop Mega Man Legends 3 for the Nintendo 3DS. Unfortunately, the project was cancelled due to Keiji Inafune leaving the company.