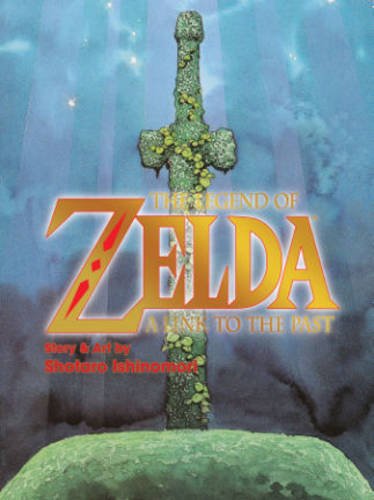 The Legend of Zelda: A Link to the Past manga has been released in the United States region. The graphic novel is printed in full-color and is published by Perfect Square. It has an ISBN-10 of 1421575418 and ISBN-13 of 978-1421575414. If you are interested, you can buy the latest Zelda book on Amazon with this page.

For the uninformed, The Legend of Zelda: A Link to the Past features a comic book adaption of the classic game that was originally serialized in the Nintendo Power magazine. Shotaro Ishinomori is the artist behind manga. He is also well known for Cyborg 009, Kamen Rider and Kikaider. In total, the product will have 196 pages.

The Legend of Zelda: A Link to the Past videogame came out first for the Super Nintendo on April 13, 1992. Over the years, it would be ported and re-released for the Game Boy Advance, Wii Virtual Console and Wii U Virtual Console. If you want to relive the videogame, you may want to check out the new graphic novel.

Of course, Nintendo is already hard at work with the next installment of the Zelda franchise. The Wii U version was initially set to come out in 2015 before being delayed indefinitely. The company also confirmed that the game won’t be shown at the upcoming E3 2015 convention.