According to a listing from Amazon.co.jp, it looks like Nintendo will be releasing a new Shovel Knight Amiibo bundle in Japan. You can check out what the packaging looks like with the image located directly below this paragraph. 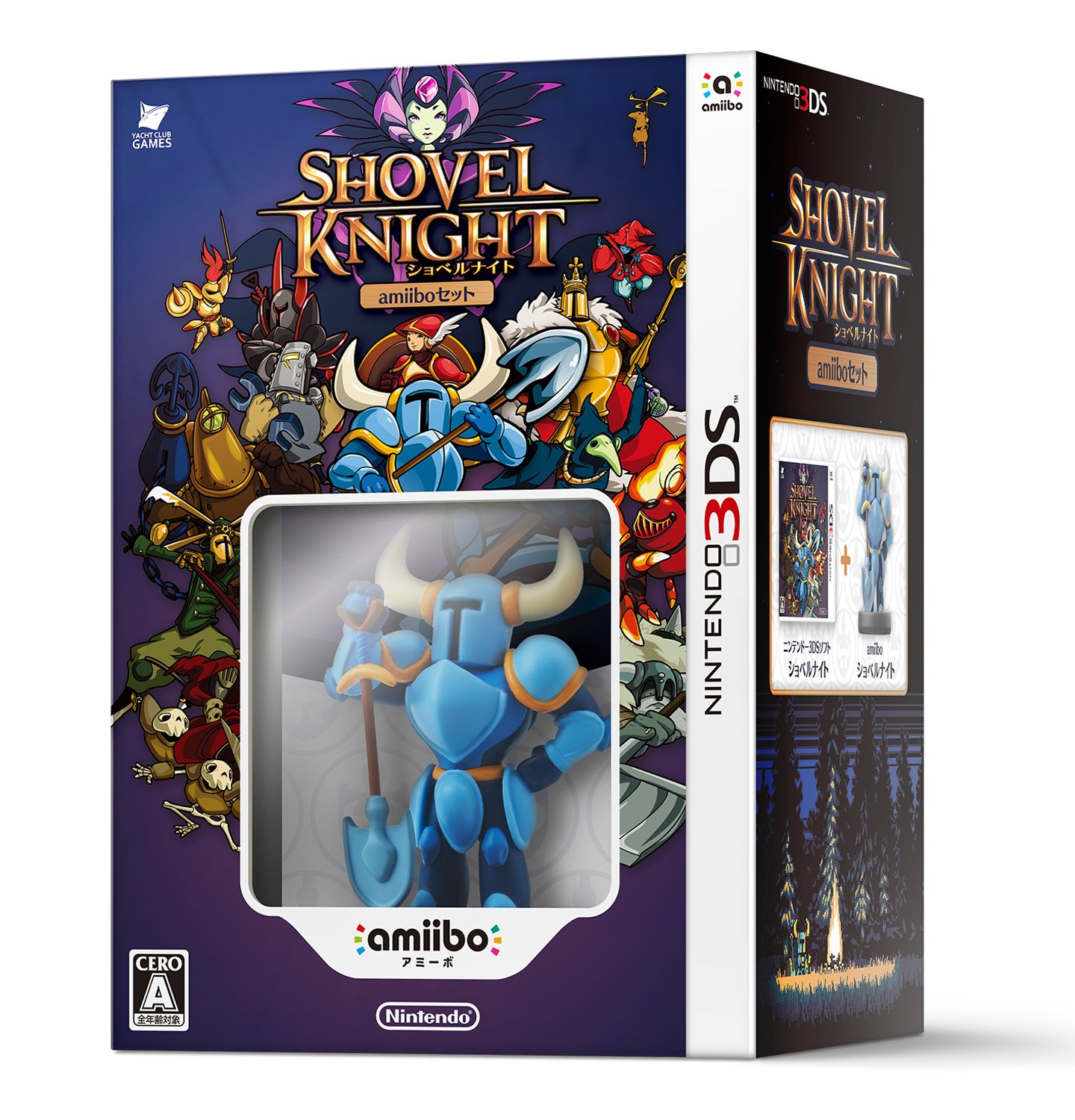 As you can see above, the bundle comes with a physical copy of the Nintendo 3DS game in addition to the figurine of the main character. For the uninformed, using the Aiimbo will unlock the ability to customize the Shovel Knight. It will also unlock a second player for co-op play in the Wii U version of the game.

The Shovel Knight Amiibo bundle is expected to launch later this June in Japan. It is unknown if the same set will be released in the North American region. With that said, both individual pieces are already available in the west as standalone products. If you are interested, you can purchase the two with the following links: Shovel Knight and Shovel Knight Amiibo.

Shovel Knight first came out for the Nintendo 3DS, Nintendo Wii U and PC platforms on June 26, 2014. It was ported to the PlayStation 4, PlayStation 3 and PlayStation Vita approximately a year layer on April 21, 2015. The Xbox One version was then released on April 29, 2015.