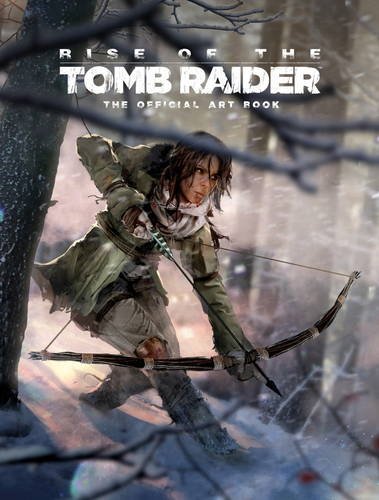 Several weeks after the launch of the videogame, Rise of the Tomb Raider: The Official Art Book has been released in the North American region. If you are interested, you can purchase the hardcover art book for the action-adventure videogame with this link.

For the uninitiated, the product comes with concept art, high quality stills, renders and sketches from the development of Rise of the Tomb Raider. Take a look at the product’s description below:

Featuring intricate concept art and exclusive, high quality stills, sketches and renders detailing the game’s production, Rise of the Tomb Raider: The Official Art Book is an essential purchase for fans of the franchise. From Lara’s survival tools to the wild animals she encounters in the harsh environment, this in-depth, all-access book offers gamers a look into the visual dexterity of Rise of the Tomb Raider.

Rise of the Tomb Raider came out earlier in the month on the 10th for the Xbox One and Xbox 360. The latest game from the action-adventure series is also due to hit the PC early next year and, finally, the PlayStation 4 sometime during the holiday season of 2015.