The first details are available for the upcoming Mass Effect: The Poster Collection. Dark Horse Books is the publisher of the product, which is tagged with an ISBN-10 of 1616557427 and ISBN-13 of 978-1616557423. Preorder the compilation through this page on the retailer’s website. Take a look at its cover below this paragraph. 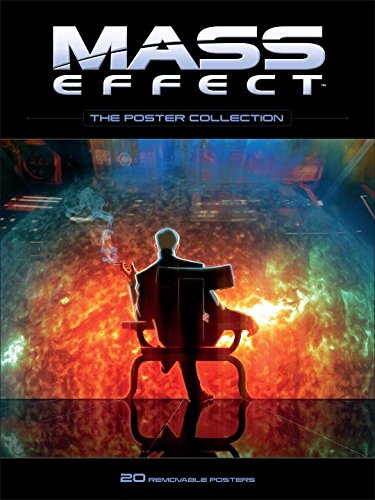 Mass Effect: The Poster Collection has 42 pages total with 20 posters from the RPG series. Each of the poster measured at 12 inches by 16 inches. It will be coming out on the 4th of August in the United States.

It is unknown if The Poster Collection will cover the upcoming untitled Mass Effect game. The new installment takes place in the same universe although it won’t be a part of the Commander Shepard saga.

Bioware has revealed little bits and pieces about the upcoming title so far, confirming the return of the Mako vehicle in addition to the multiplayer mode that was introduced in Mass Effect 3. The developer recently released Dragon Age Inquisition and is working on DLC for last year’s game. So we should be able to hear more about the next Mass Effect game in the not too distance future (hopefully by the time E3 2015 rolls around, if not sooner).