Amazon has put up a product page for the upcoming Batman: Arkham Knight Genesis, providing some new information. The graphic novel will be published by DC Comics with an ISBN-10 of 1401260667 and ISBN-13 an 978-1401260668. You can preorder the latest Batman Arkham book, if you are interested, with this link from the shopping website. You can also take a look at the artwork of the product with the image located underneath this paragraph. 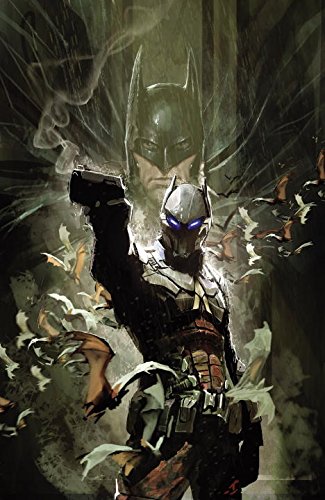 Batman: Arkham Knight Genesis is expected to come out next year on the 9th of February in North America.

The Arkham Knight videogame came out earlier this year on June 23rd on PlayStation 4, Xbox One and PC. The sequel concluded the storyline for the Batman: Arkham saga. With that said, you still might want to check out the upcoming graphical novel if you want to learn more about one of the characters in the game.