The pack shots for the Gamecube Controller Super Smash Bros. Edition and Gamecube Controller Adapter for Wii U are now available thanks to Amazon.de. Unsurprisingly, Nintendo decided to use artworks from Super Smash Bros. for Wii U on the box for the special gamepad. The portraits of a few of the playable characters are placed on the top side too. 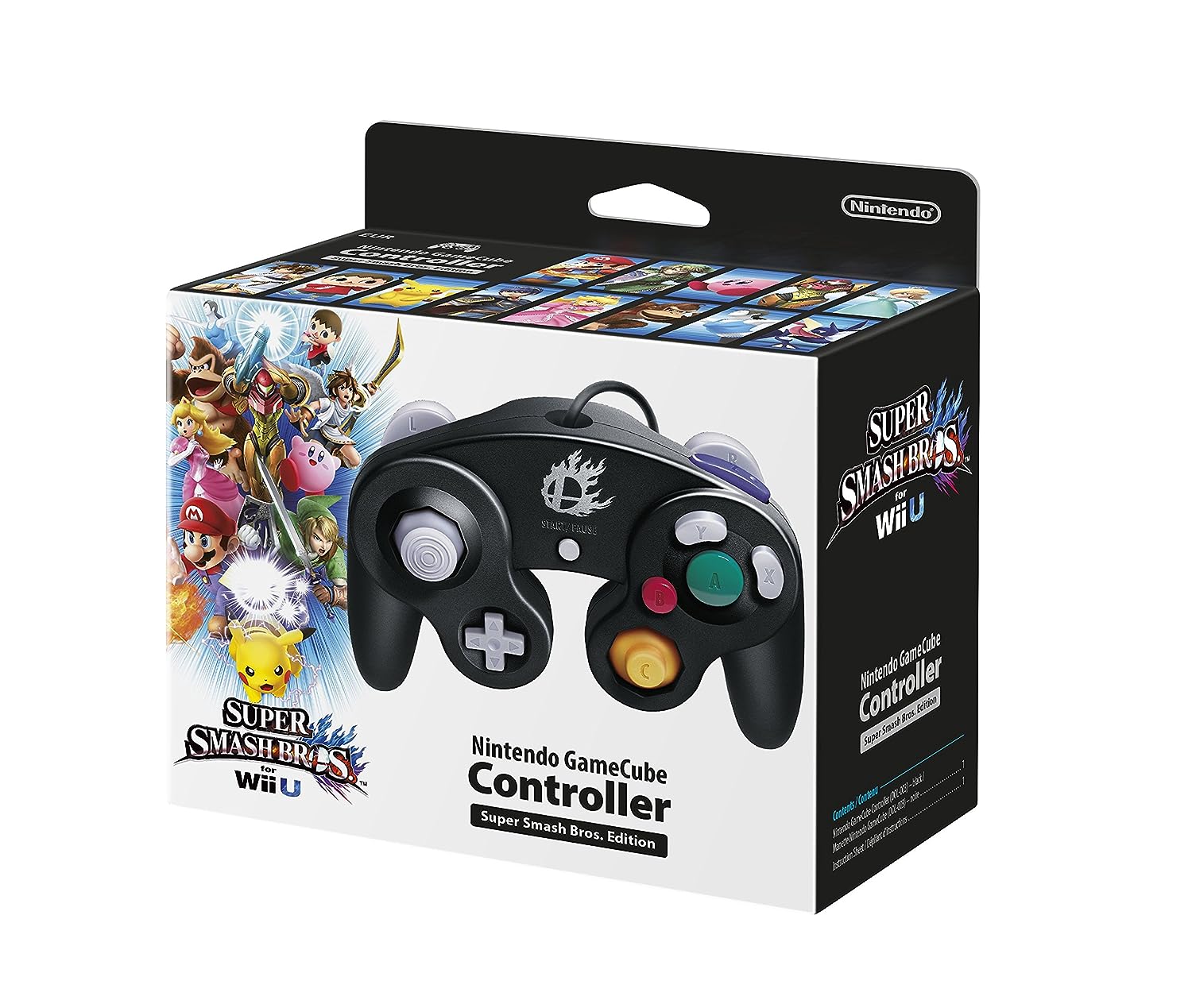 For long time fans of the series, the Gamecube Controller has became the preferred method to play Super Smash Bros. Luckily, Nintendo was able to accommodate these hardcore enthusiasts with several add-ons.

The two products are launching in the U.S. on the 21st of November, the same day as the release of Super Smash Bros. for Wii U. If you haven’t done so already, you can preorder the anticipated videogame with this page.