The U.S. release date is now available for the Mass Effect 3: Liara T’Soni Statue. Amazon updated its listing for the product, indicating that it will be coming out on the 15th of April. The latest Gaming Heads figurine is available for preorder on the retailer’s website with this page. 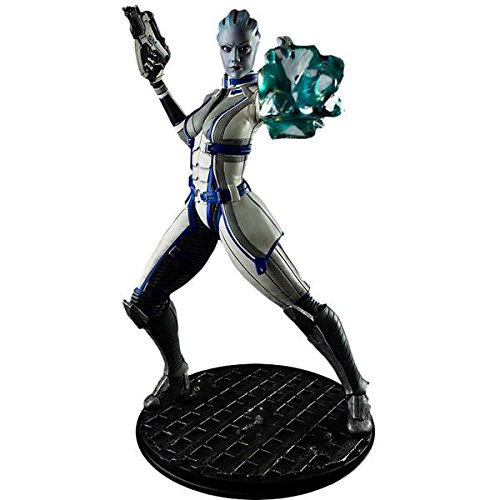 The statue is created in 1/4 scale based on the character’s appearance in Mass Effect 3 as she can be seen holding the M-5 Phalanx heavy pistol. It stands at 19 inches tall in addition to having the following pack-ins: deluxe full-colored packaging, authenticity card and a hand-numbered bottom base. Also included is an alternate empty hand if you want to switch it with the default one that has a biotic field.

It may be unlikely that Liara T’Soni will be in the next installment when you considered that Bioware has already confirmed that it won’t be set in the same timeline as the first three games. The next Mass Effect game is expected to get a big reveal sometime this year, maybe even at E3 2015, since Bioware has been working on the project for quite some time.