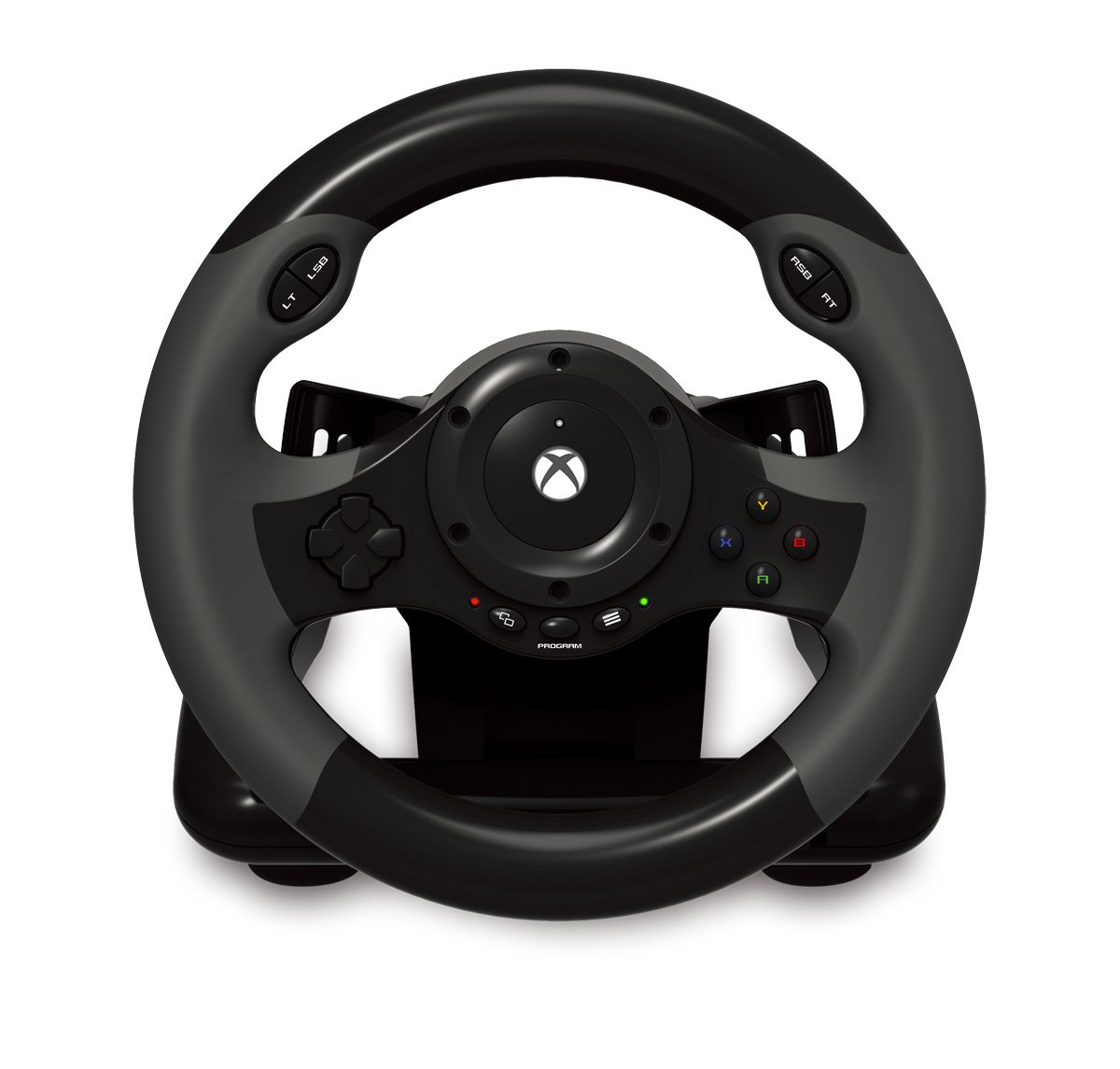 Amazon has some preorder info on the Hori Racing Wheel One for Xbox One. Compared to the other racing wheels on the market, the upcoming product is relatively cheap. Check out the price and other photos of the product by clicking on this link from Amazon.

The Hori Racing Wheel One for Xbox One is officially licensed by Microsoft for used on the next-gen system. So you should not have to worry about any future system updates on the Xbox One that may break compatibility. The wheel itself has rubber grips that are made of high-quality rubber materials, paddle shifters and buttons that can be customized to suit your tastes. Last but not least, the long analog pedals are made for stability.

The Hori Racing Wheel One for Xbox One is listed with a release date of 31st of August. Although the date is most likely a placeholder, the product should be arriving in time for Forza Horizon 2, which is launching on the 30th of September for the Xbox One (an Xbox 360 version is also being released at the same time). If you haven’t already, you can preorder the Xbox exclusive racing game right now on Amazon.