Square Enix may have revealed the limited edition packaging for Final Fantasy Type-0 HD recently but the box art for the standard release remained a mystery. That is, until now. Amazon.de updated the listing for the videogame with the cover, at least for the German release. You can take a look at it below this paragraph. 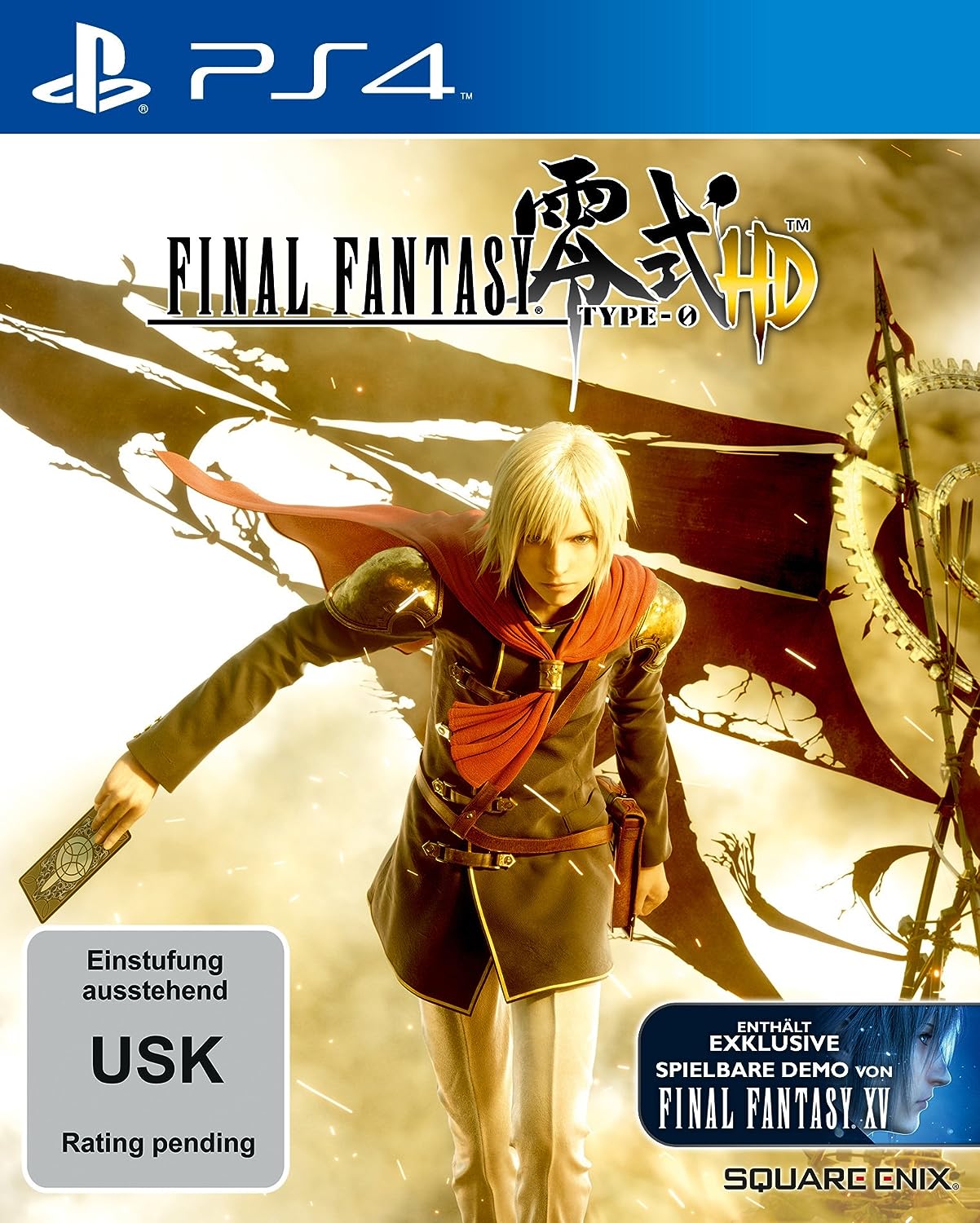 As you can see, the box art features Ace, one of the fourteen playable characters in the JRPG. He can be seen wielding his weapon of choice, a card. On the bottom right-hand side is a banner that advertises the playable demo of Final Fantasy XV, which is included in every first-print copy of Final Fantasy Type-0 HD on both the PlayStation 4 and Xbox One.

The videogame is releasing on the 17th of March in 2015 for the two current-gen platforms. It will have better visuals compared to the original PSP release, which was never released outside of Japan. You can preorder the new game from Square Enix with this page on Amazon.

Square Enix opt to develop the product for the PS4 and Xbox One instead of other systems due to wanting to build a strong user base for the upcoming release of the above-mentioned Final Fantasy XV.