Another Metal Mario product will be released soon. Amazon.jp has listed the Mario Kart 8: Metal Mario Racing Wheel, providing a first look at the upcoming product. You can check out the image for the wheel shell below this paragraph. 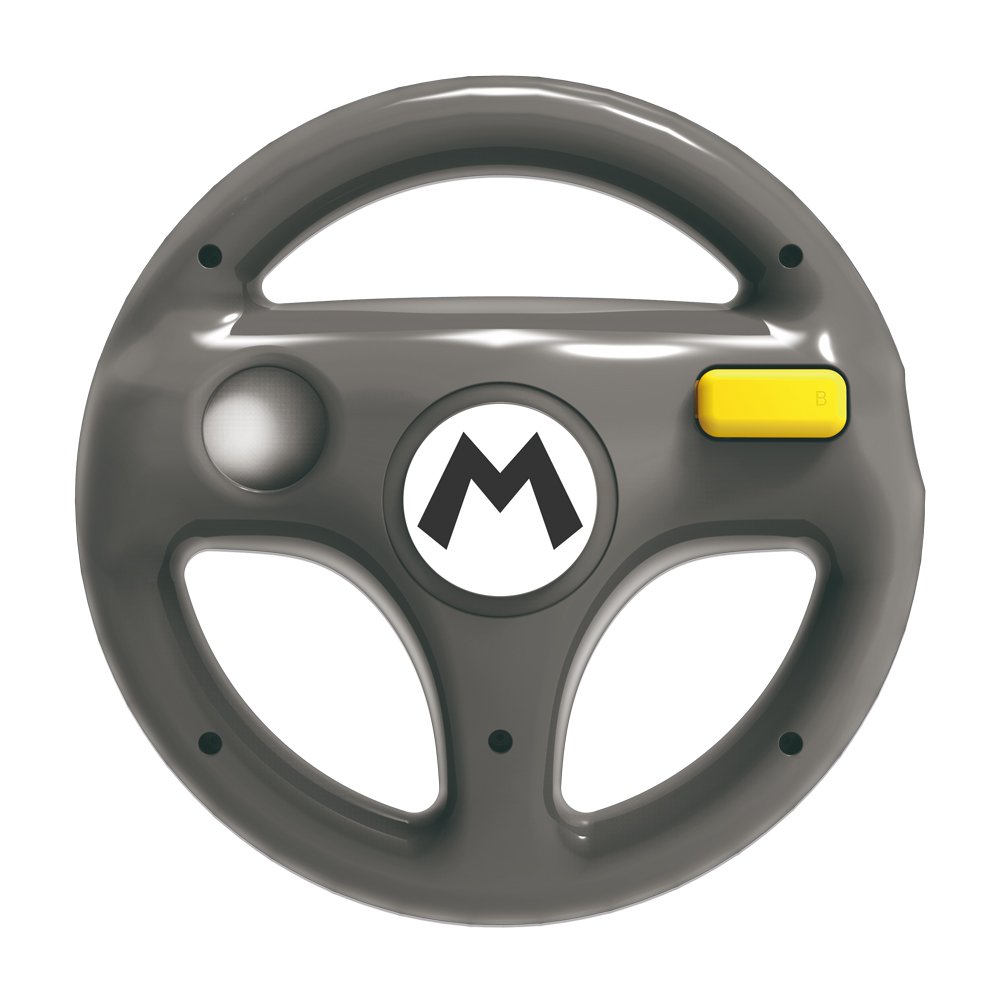 The Mario Kart 8: Metal Mario Racing Wheel will be released in Japan on the second day of July. It will most likely come out in the North American region at some point as well when you considered that the Luigi, Mario and Peach versions of the same product has already launched here. If you are interested, you can check out the three available wheels on Amazon with this link.

The Hori accessory is shaped like a small steering wheel, which will help the end user when playing with a Wii Remote in Mario Kart 8. The hole in the back gives easy access to removing the Wii Remote. Last but not least, it will also make the B button accessible.

If you haven’t read our previous story, this isn’t the first time Nintendo is teaming up with a third-party company to create a Metal Mario accessory. They also partnered with PDP for the upcoming Metal Mario 30th Anniversary Controller. Along with the release of Mario Maker, it looks like Nintendo has some big plans for Mario in 2015.