Some details have been listed for the upcoming Super Mario Bros. 12 Die-Cut Notecards. If you are interested, you can check out the officially-licensed Mario product via this link from the shopping website. Take a look at the packaging with the photo located below this paragraph. 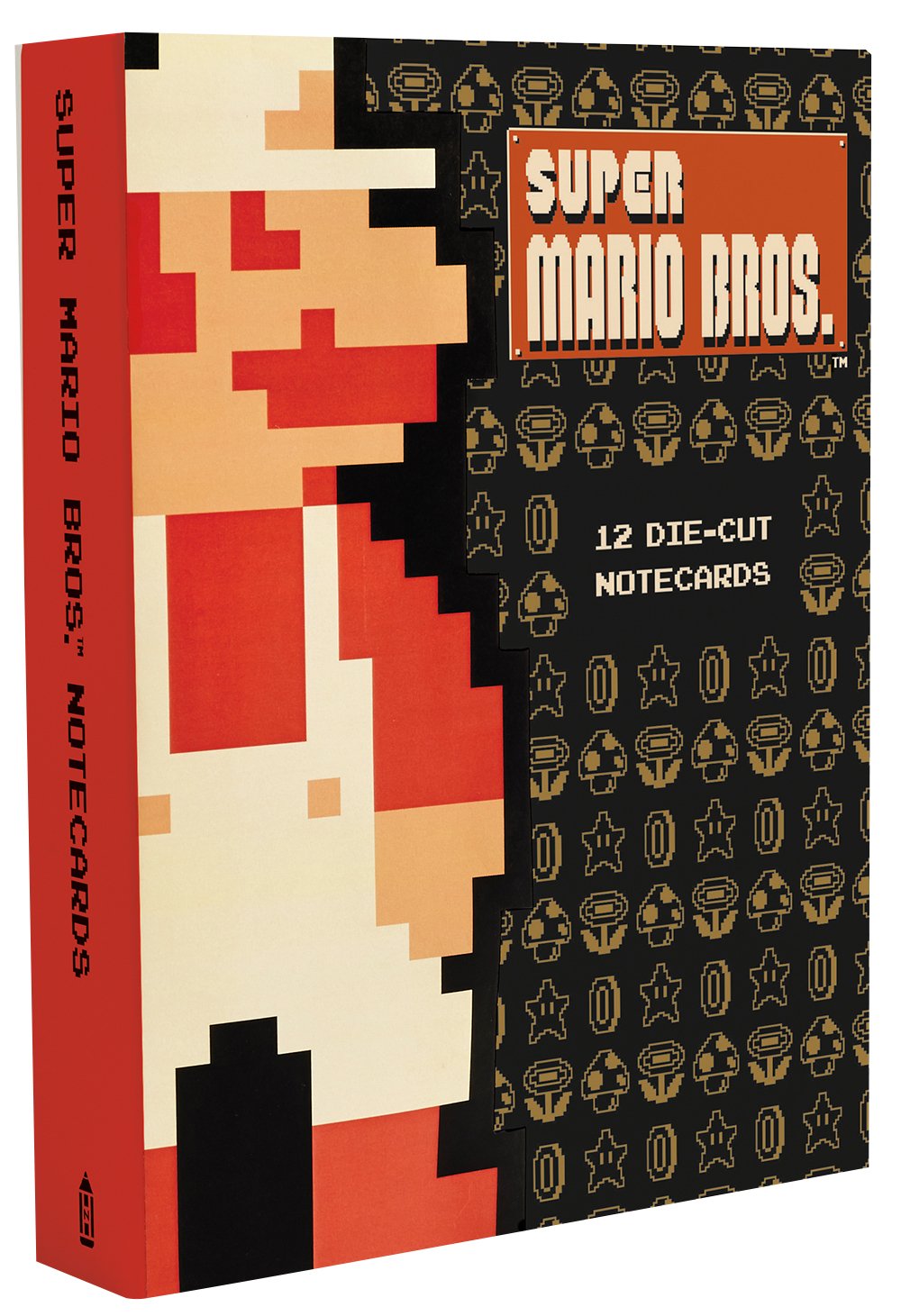 Abrams Noterie is the publisher behind the Super Mario Bros. 12 Die-Cut Notecards. It has an ISBN-10 of 1419718126 in addition to an ISBN-13 of 978-1419718120. The cards are designed with graphics based on the original Super Mario Bros. videogame. Among the character mentioned from the listing include the 8-bit versions of Luigi, Mario, Toad and Princess Peach. Check out the full description from the Amazon listing below:

Designed with vintage graphics from Nintendo’s 1985 release of Super Mario Brothers™, this set of 12 notecards features the original 8-bit versions of Mario, Luigi, Toad, and Princess Peach. With just a few folds, each die-cut card transforms into a self-standing character that is fun to display or send to a friend. (12 envelopes are also included.)

The Super Mario Bros. 12 Die-Cut Notecards will be released in the North American region on the 15th of September. If you are a fan of Nintendo and/or Mario, you might want to check out the unique licensed product.