Amazon has updated the product page for Dark Souls II: Design Works, revealing the cover design. If you are interested, the behind-the-scenes book is available for preorder on Amazon with this link. Check out the cover of the latest Dark Souls Design Works below this paragraph. 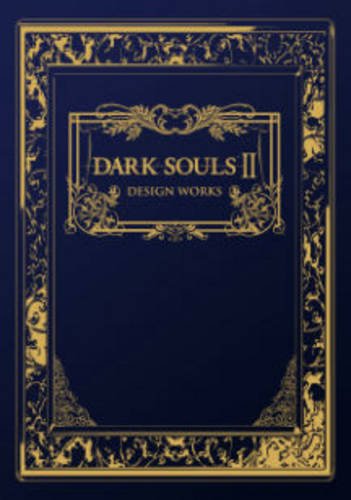 For the uninformed, Dark Souls II: Design Works is packed with artwork from the videogame. You will get to see the character concepts, creatures, locations, rough sketches in addition to the designs of the armor and weapons. Also included is an exclusive interview with the development team at From Software.

The studio is having a busy year so far with the launch of Bloodborne in March in addition to the unveiling of Dark Souls III at this year’s Electronic Entertainment Expo. Not to mention that DLC has already been confirmed for Bloodborne.

Dark Souls II came out first for the PlayStation 3 and Xbox 360 on March 11, 2014. The PC version launched a month later on April 24, 2014. From Software also recently released Dark Souls II: Scholar of the First Sin for all three of the aforementioned platforms along with the PlayStation 4 and Xbox One. The enhanced edition comes with some new gameplay features and tweaks on the two current-gen consoles and supported DirectX 11 PC platforms.