The release date has been listed for the Assassin’s Creed Unity Arno Funko Pop figure. According to Amazon, the miniature statue is due to launch on the 15th of January. You can preorder the gaming-inspired figurine with this link on Amazon. A photo of the product is also placed below this paragraph for your viewing pleasure. 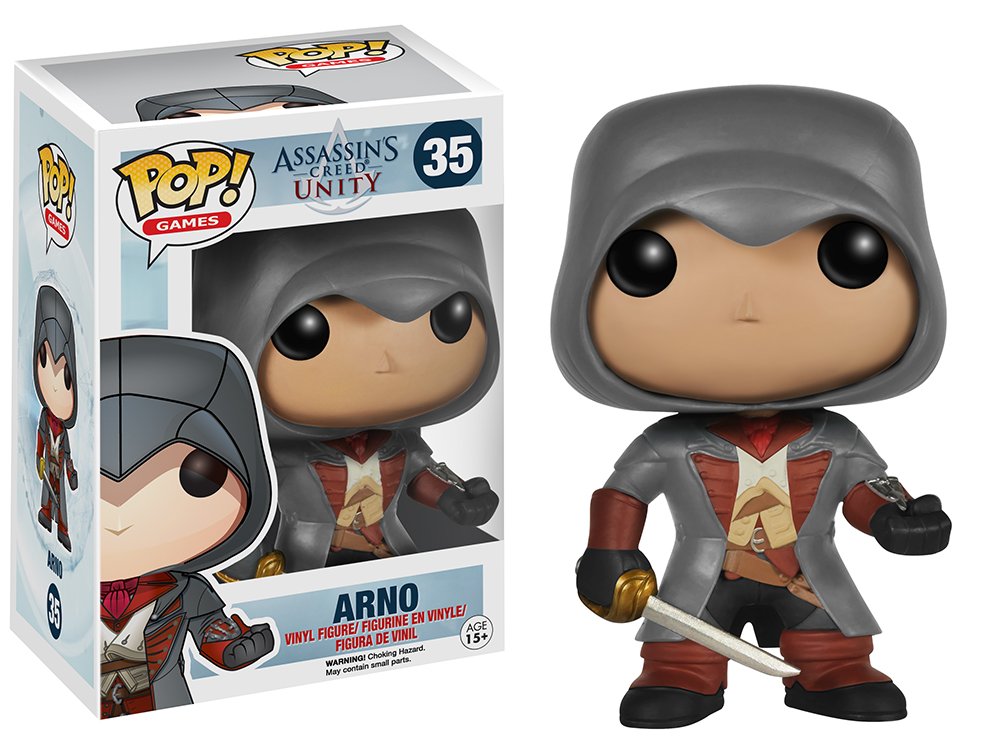 The Arno Funko Pop stands at three and three quarter inches tall. It joins other Assassin’s Creed figures in the same brand. You can check out the other available statues on Amazon with the following links: Altair, Aveline, Connor, Edward and Ezio.

For the uninformed, Arno is the protagonist of Assassin’s Creed Unity, which was released on the 18th of November for the PlayStation 4, Xbox One and PC.

The game made headlines for all the wrong reasons as it suffered from numerous technical issues at launch. The problems include a poor frame rate, excessive pop-ins and other glitches. Ubisoft eventually decide to give away the upcoming Dead Kings pack for free (customers who bought the season pass before and will be getting a free game on top of the expansion as compensation) as an apology. The company also released several patch updates to resolve some of the problems.