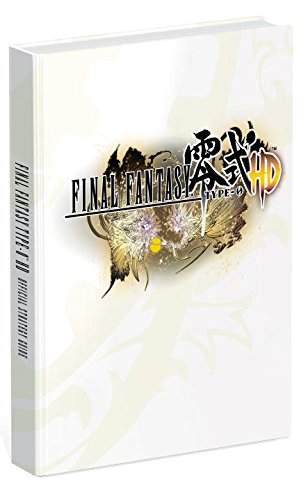 A new extra has been added for the official Final Fantasy Type-0 HD strategy guide. An update from Amazon indicate that a bonus lithograph, which is printed with high quality textured paper, is being included to the product.

If you haven’t read out previous piece, the Final Fantasy Type-0 HD: Prima Official Game Guide promises to provide readers with an 100 percent complete walkthrough. The coverage includes maps labeled with collectibles and other points of interests. You will also read about the strength and weakness of party members and enemies. A free eGuide is also included for you to download on mobile platforms.

The official Final Fantasy Type-0 HD strategy guide has a release date on March 17, which is the same exact day as when the JRPG is released for the PlayStation 4 and Xbox One. You can preorder the guide with this page on the retailer’s website.

The game itself is a remastered version of Final Fantasy Type-0, which was originally released in 2011 for the PSP. The PS4 and Xbox One ports have enhanced graphics, including increasing the resolution all the way up to 1080p. Gamers who purchased the collector’s edition or first run copies of the JRPG will also be getting a Final Fantasy XV demo on both current-gen consoles.